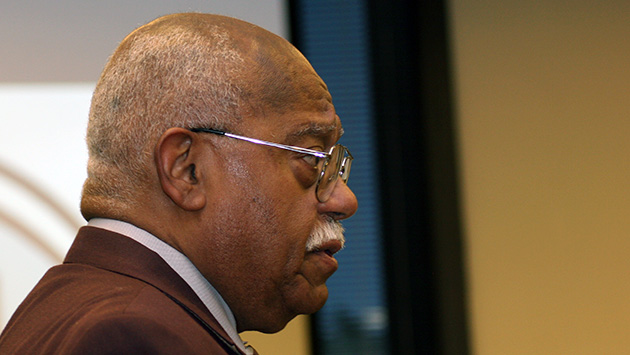 A plan to control rowdy behavior near Evanston Township High School drew fire from some residents Monday night who voiced fears it would target people who look like them.

George Mitchell of the NAACP.

A plan to control rowdy behavior near Evanston Township High School drew fire from some residents Monday night who voiced fears it would target people who look like them.

Despite the objections, the Human Services Committee voted 3-2 to support the plan and sent it to the full City Council for action next Monday.

The proposal would implement a state law that makes people subject to arrest for criminal trespass if they enter a safe school zone after having been given written notice by school officials that they've been barred from the property.

The provision can be applied to suspended or expelled students as well as other persons. But the law exempts persons engaging in constitutionally protected free speech activity or union activity.

"We all really want safe schools and some way of defining what is safe," said George Mitchell, president of the local NAACP chapter, "but we don't want to open the door for overzealous people to be abusive."

The proposed intergovernmental agreement between the school district and the City of Evanston would extend the safe school zone boundary from the edge of school-owned property to the far edge of the sidewalk on the opposite side of the street. 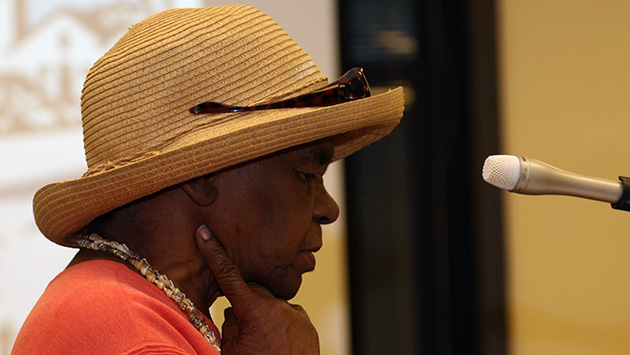 Betty Ester, who lives across from ETHS at 2031 Church St., said, "As soon as I come down off my steps, I'd be in a safe school zone. That's infringing on my rights."

She suggested that if the zone is implemented, children would be harassed by police and claimed, "We haven't had kids being shot or people running around. Most of the shooting has happened late at night when kids should be home."

But ETHS Associate Principal Vernon Clark said, "I'm outside after school almost every day holding onto every breath hoping that nothing happens." 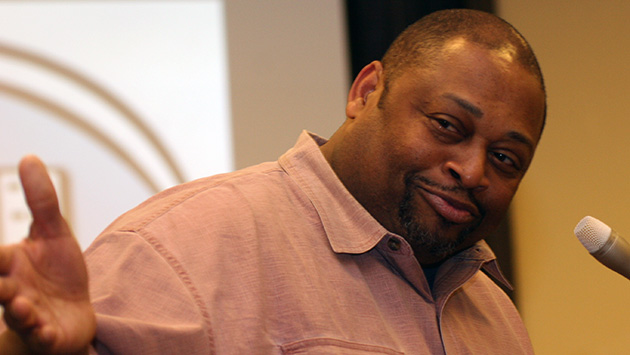 Gesturing toward other school officials in the room, Clark said Superintendent Eric Witherspoon and Security Chief Sam Pettineo are out there too.

Clark said the school zone agreement is needed because, "Now, we're not able to move people along when they hang around the school."

The two aldermen whose wards border the school both complained that school officials had failed to sell the program to neighbors.

"I'm supportive of giving you whatever it takes to make kids safe," Alderman Peter Braithwaite, 2nd Ward, said. "But it's irresponsible to shove it down residents throats without even a conversation with them."

Alderman Delores Holmes, 5th Ward, said the school mainly borders "people who look like me, and I think people are very concerned."

"A lot of those kids that stand across the street from the school at Davis and Dodge are ones who've come back early from the alternative schools we sent them to."

"I'm not against giving you tools," Holmes added, "But let's understand what the tool is going to do first."

But Alderman Judy Fiske, 1st Ward, said kids need to feel safe when leaving school, that situations won't get out of hand and that there are adults on hand they can turn to. "The adults need to have the tools needed to make sure there's security," Fiske said. "I'm in support of this. The overriding issue is keeping kids safe."

Alderman Coleen Burrus, 9th Ward, said she favored the plan as well and added that parents and guardians needed to be held responsible for he actions of their children. "The police can't be on every corner and security guards can't be at every locker and hallway." 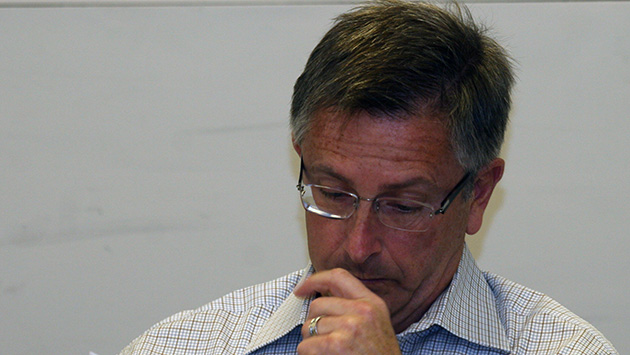 Alderman Mark Tendam, 6th Ward, said he wanted to send the propsal on to the City Council. "A broader community discussion can take place there," he said, adding that if the plan is adopted next week, "we can start the new school year with something in place that gives confidence to students and school officials."