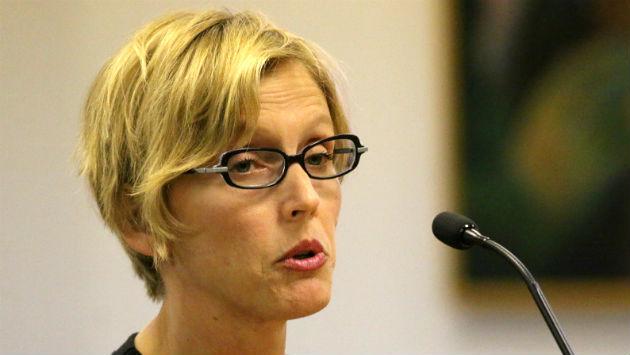 Plans to establish a Goodwill Industries resale shop in the Evanston Plaza shopping center moved forward at Monday’s City Council meeting despite opposition from some neighbors.

Lisa Dziekan, a member of the city’s Zoning Board of Appeals, who lives on Wesley Avenue about a half mile from the plaza, said Goodwill would not be a good use for the plaza and that in return for the financial assistance the city has given the plaza’s new owners it should get  more higher-quality retailers there. 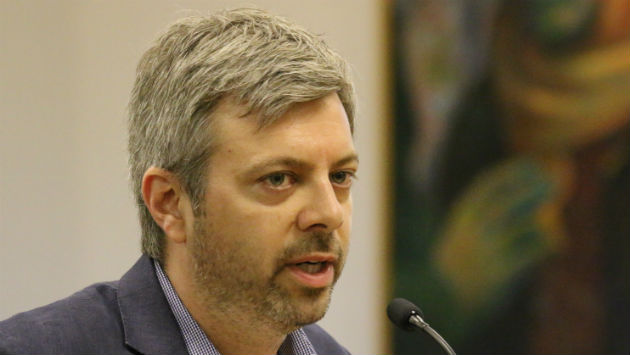 And Brad Taylor, who on Darrow Avenue a block from the plaza, said Goodwill would create a tipping point that would make it impossible to attract higher-end retail stores to the shopping center.

But Priscilla Giles, who lives a mile from the center on Ashland Avenue, supported the proposal, saying the community needed stores where people who aren’t affluent can find bargains. 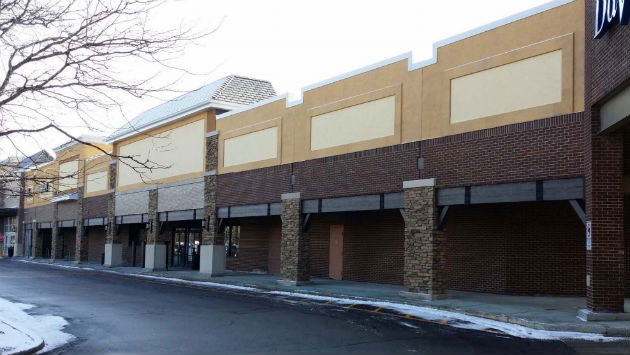 An image of the vacant former A.J. Wright store at the plaza that Goodwill hopes to take over.

Representatives from the company said the store is expected to generate over 5,000 weekly visits to the shopping center — equivalent to the business that would be generated by two national restaurant chains.

They also claimed that stores that have moved into various shopping centers after a Goodwill store opened range from Dunkin Donuts to Starbucks and from Walmart to Whole Foods.

Alderman Don Wilson, 4th Ward, said a lot of businesses have come and gone from the shopping center and that the new owners have got to make a living.

Goodwill, Wilson said, “might not be what we would all pick, but they’re going to pay the rent, and it’s important to make sure the shopping center can improve.”

Alderman Ann Rainey, 8th Ward, said, “There used to be a curse on this shopping center — bankruptcy, fraud, huge national chains that went out of business.”

“The current ownership is better than we’ve ever had there before,” Rainey added, saying she’s not crazy about Goodwill, but thinks the city should take a chance on it.

None of the seven aldermen present for the meeting voted against introduction of the special use permit for the store. Final approval will still require another vote, scheduled for the Council’s July 11 meeting.