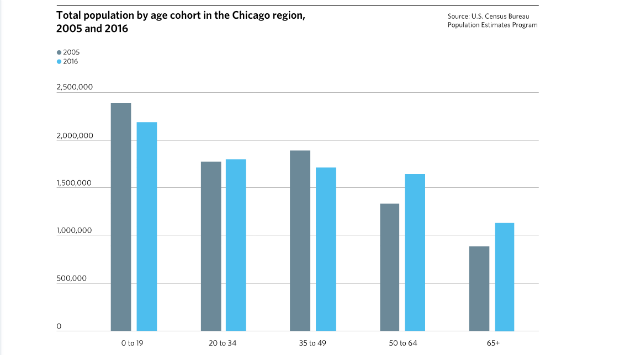 A new report from the Chicago Metropolitan Agency for Planning may help explain why apartment sizes in new developments in Evanston are shrinking.

The CMAP analysis of U.S. Census estimates says the region’s population of children, and of adults of prime child-rearing age, is shrinking.

But there’s been a growth in the number of younger adults and of older people. 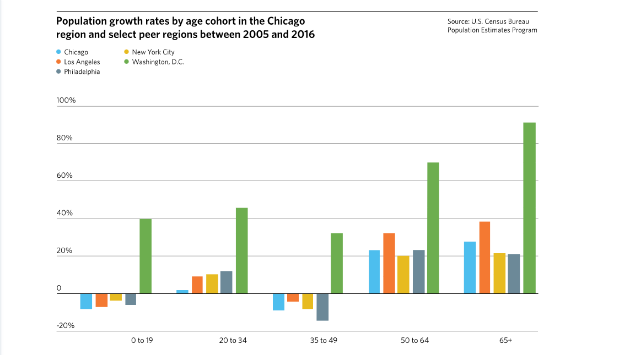 The same trends have been seen in several other major cities to which Chicago is often compared. 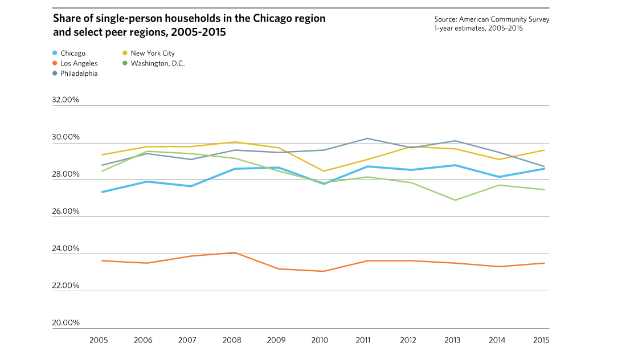 Evanston has done modestly better than the Chicago region as a whole on overall population trends in recent years, but, like the region, has failed to show the kind of dramatic population growth seen in some other parts of the country.

The CMAP study suggests that the regional decline in population is a drag on many aspects of economic activity.