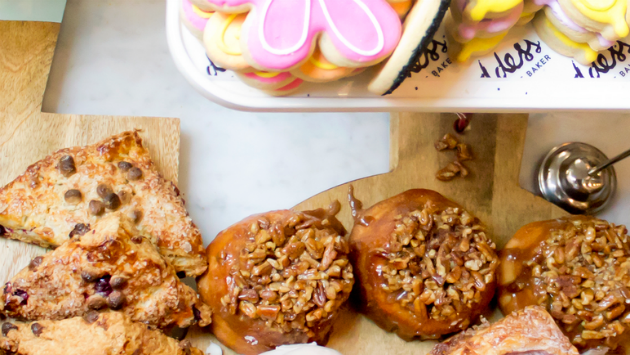 Developers of the new mixed-use building under construction at Chicago Avenue and Main Street in Evanston have announced the signing of another retail tenant — Goddess and the Baker.

The small chain has two shops in downtown Chicago under that name, and the self-proclaimed goddess behind the business, Debra Sharpe, also runs four grab-and-go deli shops under the Goddess and the Grocer moniker, also in Chicago.

Goddess and the Baker has a four-star rating on Yelp and in addition to baked goods, offers coffee and tea, beer and wine, soups, salads and sandwiches. The shops are open for breakfast, lunch and dinner service. It website describes it a having the "soul of a mid-century lunch counter and the palate of a modern day gourmand."

Goddess and the Baker will occupy 2,469 square feet in the new building. Riverside Investment & Development in partnership with Atlantic Realty Partners also have signed Evanston-based First Bank & Trust to open a branch in the building. The nine-story building will have 112 apartments and more than 12,000 square feet of office space.