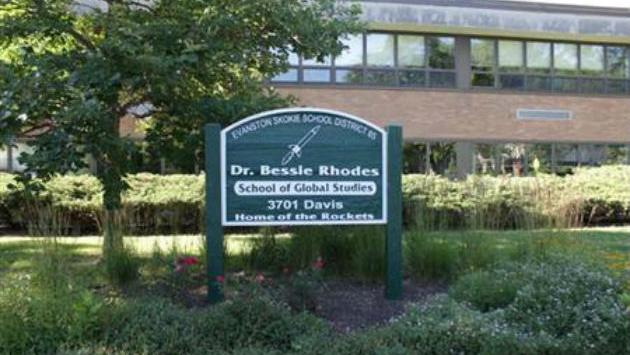 Lauren Norwood, principal at the Dr. Bessie Rhodes School of Global Studies, has resigned from the Evanston/Skokie School District 65 to accept an administrative position with the Chicago Public Schools, with the likelihood high that her successor will be bilingual.

In a letter sent to parents of Bessie Rhodes students, District 65 assistant superintendent Andalb Khelghati, said that the school’s assistant principal, Matt Condon, has been named interim principal until a permanent replacement can be selected.

Because the magnet school is slated to participate in the district’s popular Two Way Immersion (TWI) program next school year, Superintendent Paul Goren said he would like to see the position filled by a principal who is bilingual.

In TWI classrooms, about half the students are native Spanish speakers, while the other half are primarily English speakers, the idea being that all students emerge from the program fluent in both languages.

While the search for the new principal at the magnet school is under way, Khelghati said, “our administrative team will provide additional support and resources to Mr. Condon and the entire staff of Bessie Rhodes.”

The fate of Bessie Rhodes school has been decided