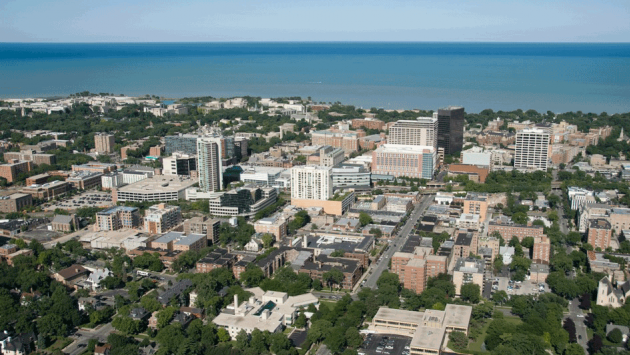 A new book by an urban policy professor praises Evanston and Arlington Heights as two Chicago suburbs that have come up with downtown areas that are ready for the future.

In his book, New Suburbanism: Sustainable Tall Building Development, Kheir Al-Kodmany, who's a professor of urban planning and policy at the University of Illinois at Chicago, says towns that couple mass transit with taller downtown buildings have the answer for more successful downtowns.

In an interview with Chicago Real Estate Daily, he said that with a rush hour that now "starts at 2 and goes to 7:30, anything you do that makes living without a car easier is going to enhance your town."

And he says the taller buildings of a transit-accessible downtown also create demand for businesses and restaurants and broaden the range of housing options in the community.

However Al-Kodmany may have a quibble with the height of some of Evanston's downtown buildings. Buildings of around 10 stories work best, he says, because they aren't out of scale with the traditional low-rise suburban look.