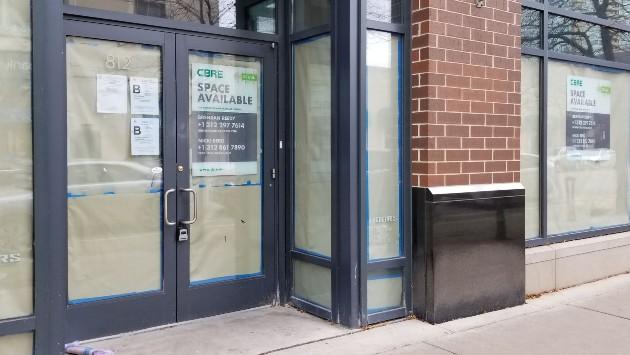 The long-vacant downtown Evanston storefront at 812 Church St. in the Sherman Plaza development should soon become a new breakfast and lunch dining spot.

The Eggsperience Cafe chain, with six Chicago-area locations, has received a building permit from the city to reconfigure the space. For about nine months between 2015 and 2016 it had been an outpost of the Calfornia-based 800 Degrees quick-serve pizza chain, but it’s been vacant ever since.

A fruit-topped waffle is among the featured menu items on the Eggsperience website.

Eggsperience will be joining long-time downtown breakfast stalwart Le Peep, just down the block and across the street at 827 Church St. in the Galleria building, the newly relocated Clarke’s restaurant that’s moved from Clark Street to 804 Davis St. and the recently opened Frida’s Breakfast and Lunch at 618 Church in the competition for the morning meal trade along with several other downtown breakfast and lunch dining options.