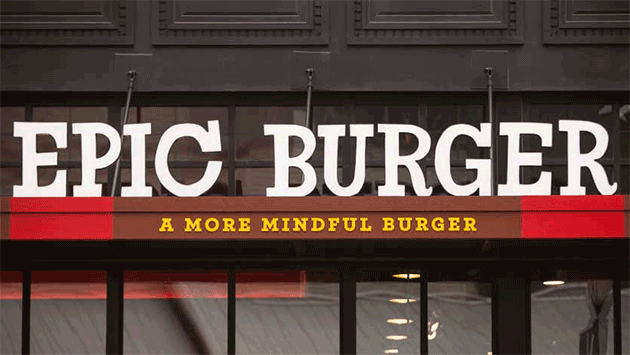 Lessee Aaron Langguth is scheduled to appear before the Zoning Board of Appeals next Tuesday seeking a special use permit for the restaurant at 1622 Sherman Ave.

Epic Burger was founded in 2008. Its closest existing location is at the Old Orchard mall in Skokie. The company website says it emphasizes using only humanely-raised, all-natural beef with no hormones or antibiotics and what it calls "tomatoes with taste" and "packaging made from plants."

The storefront next to the plaza parking garage entrance on Sherman has had a troubled retail history — opening in 2006 as an all-day breakfast food concept called Cereality that lasted perhaps a year, followed in 2008 by the clothing store Luluemon, which moved to Old Orchard in 2013.

There then were plans for the chain Protein Bar to take over the space shortly after Luluemon left, but those fell through.

Epic Burger plans to have the Evanston store open from 10:30 a.m. to 11 p.m. seven days a week and employ four to eight employees per shift. About 75 percent of customers are expected to dine in, while remaining orders will be carried out.

The project has been recommended for approval by the city's Design and Project Review committee, which said it's a "compatible use that will encourage an economically vibrant commercial corridor."