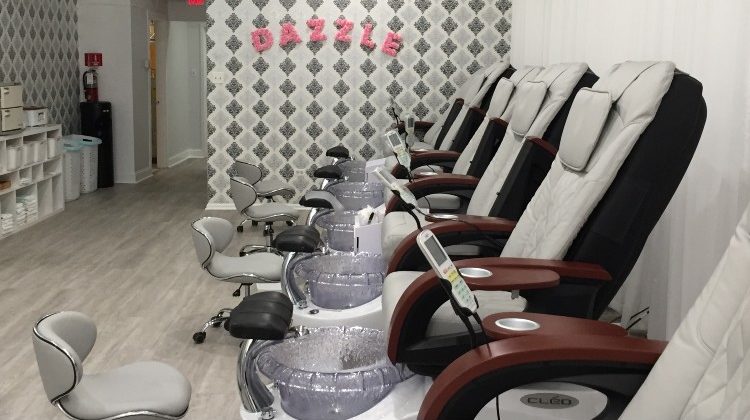 Opening a new business in the midst of the worst pandemic in 100 years may seem like hopping on to the Titanic after hitting the iceberg. But despite the coronavirus shutting nearly everything down, 27 new businesses have opened in Evanston since mid-March, according to city records.

That’s not as many as the 36 that have closed, but it’s at least a glimmer of new economic life in very challenging times.

“We were going to open no matter what,” says Davka Testamir. Testamir is co-owner of Dazzle Nail Salon, on Church Street. Of course, businesses do not start up on a whim. Testamir was already planning to open before the virus hit. Day one was then delayed until May, when the state loosened restrictions and allowed nail salons to open, with health and safety restrictions.

“The first month for a new business, everything was slow,” Testamir says. But since then, “neighbors have started to notice us. So far it’s been pretty good.”

But even well-painted nails cannot paint over the economic hardship COVID-19 has caused. Every closed business means fewer jobs, lower tax revenues for the city, and empty buildings. Panera Bread is now papered-up. Go around the corner, and the former Gap clothing store left a gap when that store closed as well.

The Evanston Gap closed well before COViD-19, as part of a corporate downsizing amidst changing retail patterns nationwide. But the ongoing pandemic makes it more difficult to find new tenants, particularly for such large footprint stores.

Eleven of the 27 new Evanston businesses are home-based. Four others are nail or beauty related. All good, of course, but all small.

Some Evanston merchants are adapting in order to survive. Reyes Witt owns Assembly Creators, a boutique on Orrington Avenue. Or rather, a boutique that’s about to close its doors on Orrington, move to a co-working space called Industrious in order to have an office when needed, and focus on her online business. 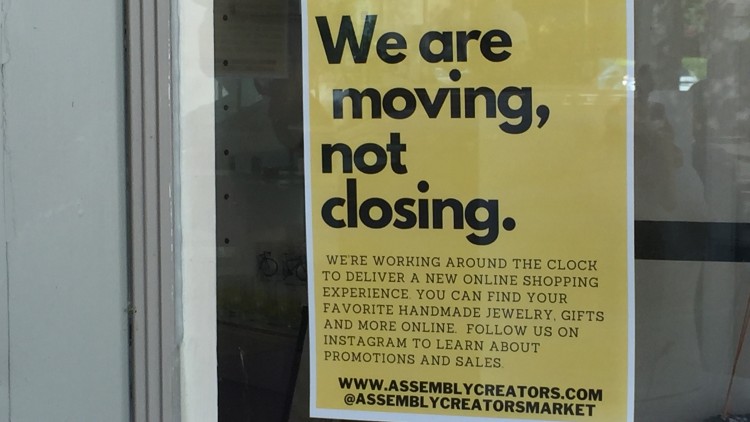 Witt says online orders picked up so much during the state-mandated shutdown that “it didn’t make sense” to keep a physical store even though it was possible.

The pandemic became “a forced hand in the right direction. We are moving, not closing,” she says. But not all businesses will be able to do that. “A lot of landlords will have to deal with foreclosure,” she worries.

There are market niches which can be filled, even in the worst of times. For example, the Spice and Tea Exchange on Sherman Avenue closed before COVID hit. Penzey’s Spices, a Wisconsin-based chain, plans to fill the same spot. When people stay home, a glass of tea can be comforting.

But the odds of finding another shoe store to fill the vacant Williams Shoes, which closed on Church Street last year, appear to be slim, certainly for now. More people are buying shoes online.

Roger Sosa, executive director of the Evanston Chamber of Commerce, says the community is “limping along at a 70 per cent economy” due to the pandemic. Sosa says there are several factors which will determine if the economy gets worse, or at least can hold its own until a coronavirus vaccine is developed.

First, Sosa says, is a “gigantic question,” can Illinois stay in Phase Four of the governor’s recovery plan? If the state has to move backwards, to more shutdowns and business restrictions, “it’s a big problem.”

Second, Sosa says, is something which is out of our hands in Evanston, but which has a tremendous impact –- whether there will be federal help for state and local governments, and more assistance for businesses as well. The PPP loans were not enough, Sosa says. “This isn’t fixed by a long shot.”

Another major factor, he says, is what happens with Northwestern. Being a college town is a mixed blessing. When things are normal, it’s great. But if thousands of students choose to stay home for remote learning instead of coming to Evanston and spending money in shops and restaurants, that’s a problem. Some Evanston merchants, Sosa says, get 70 per cent of their business from students.

And then, as Sosa noted, there is the vaccine … or, right now, the lack of one. “People are hesitant” to shop or dine out, he says, for fear of getting the virus.

“A lot of people,” he says, “are working really hard to find the solution to get the town back on its’ feet.”

Development of a vaccine is the key, not just for Evanston, of course, but for everywhere. But locally, it could help bring back businesses which are currently on hold. The Northlight Theatre has pushed back plans to come to Davis Street until at least next year.

Andy’s Frozen Custard, the popular downtown dessert spot, shut its doors in April, with plans to relocate elsewhere in Evanston in 2022.

If there’s no vaccine by then, the whole world is in an even bigger world of hurt than it is now.