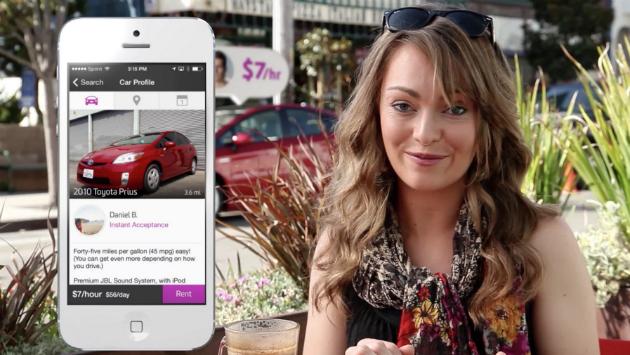 A new car sharing program is launching in Evanston today that's designed to let individual car owners rent their idle cars to other drivers through an online service.

The service is being provided by a San Francisco-based startup called Getaround, and it's facilitated by a two-year, $475,000 federal research grant to the Center for Neighborhood Technology that's being implemented by the Shared-Use Mobility Center.

In addition to Evanston, the program will operate in four Chicago neighobrhoods, Bridgeport, Bronzeville, Pilsen and Rogers Park.

Evanston resident Sharon Feigon, the executive director of the Shared-Use Mobility Center, previously worked for CNT and was chief executive of IGO, a nonprofit car-sharing service in the Chicago area which CNT sold in 2013 to Enterprise Rent-A-Car.

IGO, like its competitor ZipCar, bought a fleet of vehicles to rent to members, rather than crowd-sourcing the vehicle supply.

Feigon says the new program is designed to test different models for car sharing in communities with different economic characteristics — ranging from low to moderate income communities in the city to more suburban areas like Evanston.

She said Getaround until now has mainly focused on millenials in the tech community, "but we think there is a much broader range of people who could benefit from this."

"We'll also be surveying people about their use to better understand how it works and whether it actually leads to some people selling their cars, whether it reduces carbon dioxide emissions and vehicle miles traveled.

"This has the potential to be a really sound way to go about providing access to cars, which sit idle so much of the time now," she added.

Getaround claims that a car owner can make as much as $10,000 a year by renting out a vehicle and that renters can get a car to use when they need one for as little as $5 an hour.

It promises to provide insurance for the vehicles when they're in rental use and to handle screening of renters. It uses a mobile app that lets renters unlock cars through a security tracking device installed in each vehicle.

As of this morning there were no cars listed for rent in Evanston on the Getaround website, but backers of the program hope that will change soon.