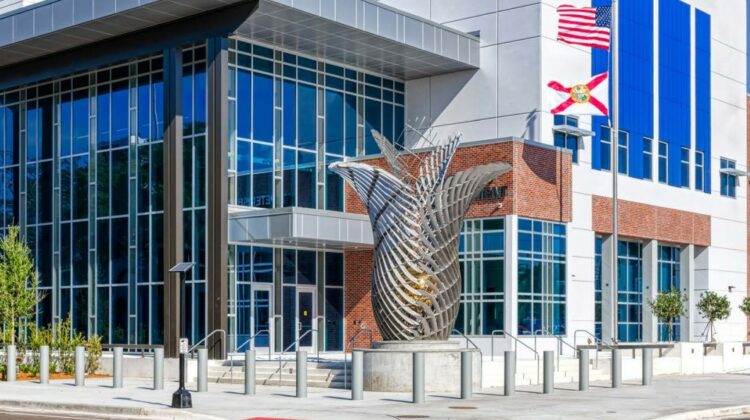 An image from the AECOM proposal of their St. Petersburg, Florida, police headquarters project, completed in 2019.

Evanston’s City Council tonight is scheduled to approve a $367,000 contract to study the feasibility of building a new civic center and police and fire headquarters somewhere in or near downtown.

City staff is recommending that the contract be awarded to global engineering firm AECOM, which will subcontract portions of the work to Evanston based Teska Associates and the Chicago-based minority-owned firm Infrastructure Engineering, Inc.

In a memo to the Council, City Engineer Lara Biggs says cost estimates for urgently needed HVAC, electrical, security and other improvements at the Civic Center exceed $23 million and that the police/fire building needs an estimated $5.5 million in repairs.

As described in the memo, the planned study would: