Electrical contractor Nicu Voicu of Evanston is proposing to replace the three-story apartment and office building on Howard Street that houses his business with a six-story office and condo development. 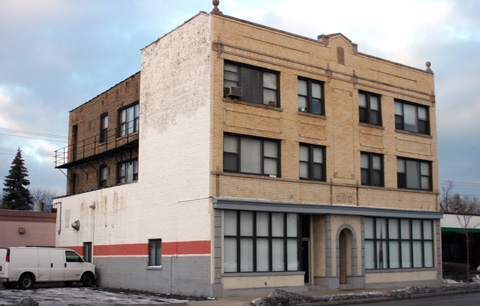 Plans for the new building, called Archview Place, were submitted to the city last week by Poloz & Makris Architects Ltd. of Glenview. They call for 18 condo units on floors two through six, two offices on the first floor and a total of 32 parking spaces, most of them underground. 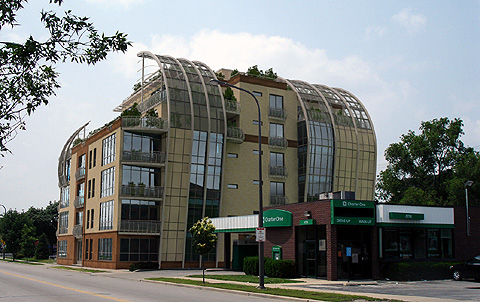 A rendering of the proposed building looking west, with the existing bank drive-thru to the east in the foreground.

The apartments would range in size from 928 square feet to over 3,000 square feet, and both three bedroom units would be two-story penthouses with roof decks.

The surrounding area is what Mr. Poloz calls "an eclectic urban environment." 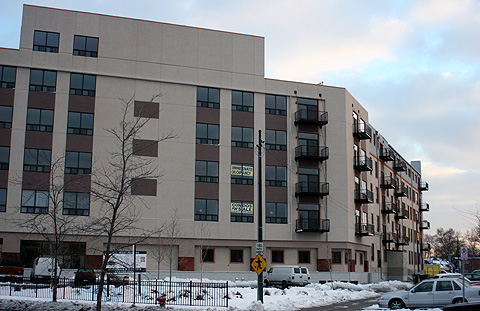 The former hospital building across the street.

It’s directly across the street from a six-story former hospital building being converted to condos and is adjacent to a bank drive-through on the east and low-rise apartment buildings to the west. 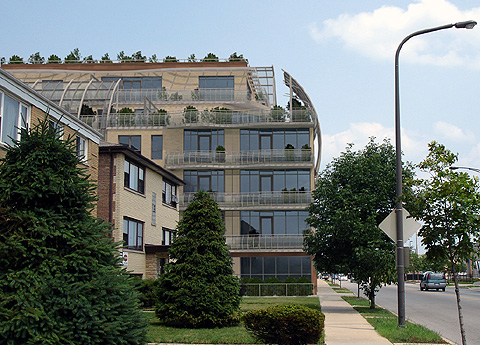 A rendering of the proposed building looking east, with the neighboring apartment buildings to the west in the foreground.

The area also includes the Howard and Western strip mall on the south side of the block in Chicago, ranch-style homes across the alley facing Dobson Street in Evanston, and a mid-rise condo building at the corner of Dobson and Asbury.

The proposal will require review by the Plan Commission and City Council as a planned development. The developer is seeking variances to permit the proposed 64 foot height and a floor area ratio of 3.24. Under the current B-2 zoning the height would be limited to 45 feet and the floor area ratio to 2.0.