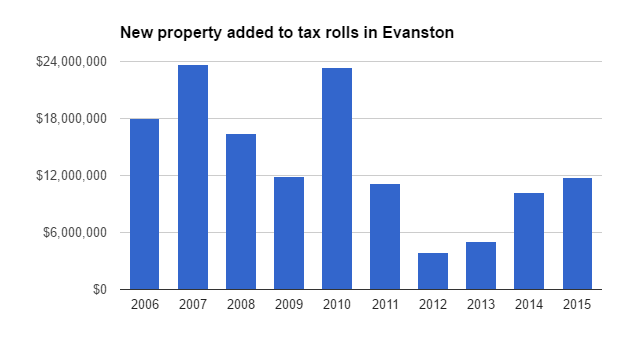 Figures from the Cook County Clerk's office show that new buildings added to Evanston's tax rolls over the past decade now account for more than 6 percent of the total equalized assessed value of all property in town.

And for the decade between 2006 and 2015 new construction added $135.5 million to the equalized assessed value of property here, according to the clerk's office data. 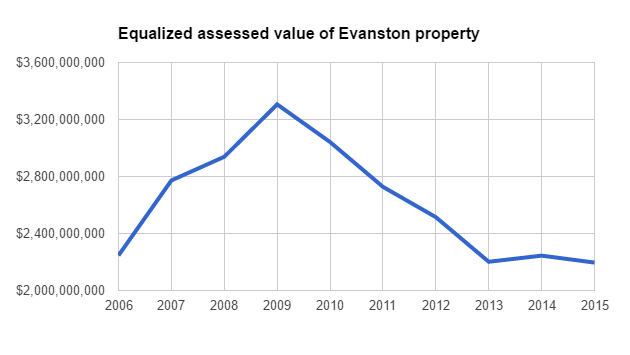 The breakdown of EAV by property classes for the latest tax year isn't available — but reassessment notices sent to homeowners earlier this year showed on average a 25 percent increase in residential assessments — which may indicate a substantial shift in the tax burden to homeowners from commercial and industrial property.

Figures are not readily available to determine the impact of the new construction on demand for city services.

The city's total spending rose from $176 million in 2006 to $230 million in 2015. About 60 percent of that increase can be attributed to the increase in the cost of living during that period.

And a significant part of the rest reflects increases in public safety pension payments and other costs that have risen far faster than the inflation rate.