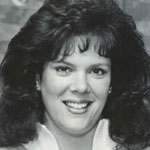 Selected after an extensive national search, she started in her new position Feb. 6.

Etten Krall will set the strategic direction for alumni programs, reflecting Northwestern’s world-class stature. She will manage the day-to-day operations of the NAA and will oversee the reunion, alumni education, travel, clubs, career services, student, and young alumni programming.

She reports to Catherine L. Stembridge, associate vice president of alumni engagement and participation, Office of Alumni Relations and Development.

Etten Krall has considerable professional experience in strategic planning, fundraising, public relations, media relations and event planning. Most recently, she owned and operated a firm with a wide range of clients in the political arena. Previously, she spent 15 years as president of the Cable Television & Communications Association of Illinois.

A dedicated Wildcat, Etten Krall received a Bachelor of Science degree in speech from the School of Communication in 1979 and a Master of Arts degree in radio-TV-film in 1980.

“She brings a breadth of experience, a penchant for relationship-building and a strong passion for Northwestern to her position,” Stembridge said.

Etten Krall also brings high energy and creativity as well as a deep understanding of the culture and traditions of Northwestern, according to Charles L. Katzenmeyer, president of the Northwestern Alumni Association. “We are confident her experience and knowledge of the University will serve her well as she helps connect alumni throughout the world,” he said.

Her Northwestern-related roles include co-founder of the Council of One Hundred; president, Alumni Board of Directors, School of Speech (now School of Communication); vice-president, NU Club of Chicago; chair, Reunion Committee for fifth, 10th and 25th reunions; and chair, Seminar Day (now A Day with Northwestern in Evanston).

She also served on the steering committee for the Future Is Now Athletic Campaign, the Mildred Etten Volleyball Court, and she is a member of the Northwestern University Leadership Circle. In 1996, she received the NAA Alumni Service Award.