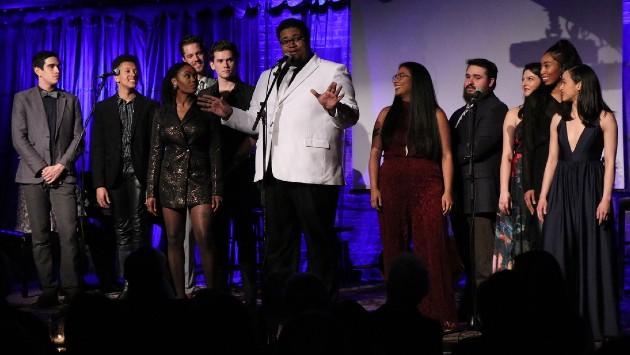 Cory Goodrich, the star of Porchlight’s spring production, the Chicago premiere of Disney’s Freaky Friday, A New Musical, is the host of this 90-minute review taking audiences on a musical journey from start to finish of an entire Broadway season. The production is peppered with photos and films of that theatrical year in an exciting multimedia presentation, trivia games with prizes, sing-alongs and more.

In this edition, host Goodrich introduces the audience to the next generation of Chicago music theatre artists while serving as a guide to the stars, songs and stories of this current season on Broadway including songs from Hadestown, Moulin Rouge, Jagged Little Pill, TINA – The Tina Turner Musical and more.

Many artists who have been part of Porchlight’s New Faces Sing Broadway series in the past have continued their careers on television, local and even national stages.

On Monday, Feb. 24 at 7:30 p.m., New Faces Sing Broadway NOW, will be hosted in Evanston at SPACE, 1245 Chicago Ave. Single tickets to each New Faces are $37 and may be purchased at PorchlightMusicTheatre.org or by calling the Porchlight Music Theatre box office, 773.777.9884.