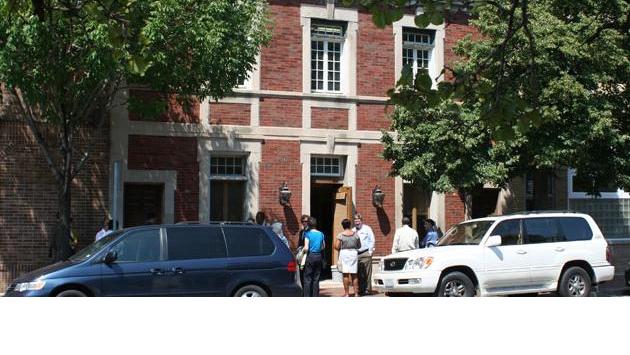 The Evanston City Council tonight is scheduled to approve plans to sell a vacant city-owned building at 1817 Church St. to a cooperative composed of small local construction firms.

The Evanston North Shore Contractors Cooperative proposes to turn the building into a center for offices for its 13 member firms and an incubator for the building trades.

The space would also include a home design center and workshop and offices for related businesses. And the contractor's group proposes to offer apprenticeship training as part of the project.

The city has owned the building, which once housed an animal hospital, since 1976.

City officials say that under city ownership the building has served as a neighborhood center, housed social service agencies and served as a police outpost.

But it was sold in 2001 to a neighborhood group that planned to turn it into an African-American history center. That project was never completed, and in 2007 the city reclaimed the property.

The new proposal from the contractor's group, headed by John Leineweber, has won approval from the city's Housing and Community Development Act Committee and the Economic Development Committee, which includes a majority of the aldermen.

The proposal will require the city to repay the federal government $220,000 to partially reimburse it for federal Community and Economic Development Grant funds used for the failed history museum project. Those funds potentially can be returned to the city for other projects at a later date.

It also calls for the city to loan $200,000 to the contractor's group to help fund rehabilitation of the building.

The contractors say they will put $130,000 toward the rehab work themselves, mostly in the form of sweat equity.

And they claim that once they own the building and it's returned to the tax roles, the building should generate $12,000 to $15,000 annually in real estate taxes.

The money for the construction loan and the repayment to the federal government would come from the West Evanston tax increment financing district.

The agreement includes penalty provisions calling for the coop to make payments to the city if it fails to complete the rehab work within 12 months, to repay the interest-free loan from the city within 30 months and to continue to operate the cooperative from the property for at least five years.

Top: 1817 Church St. during a city-sponsored tour of the property last year.