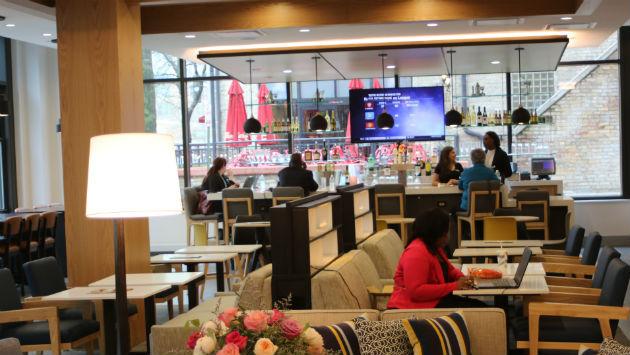 The Hyatt House extended stay hotel at 1515 Chicago Ave. is already fully booked for this weekend, says Director of Sales JoAnne Reifel, thanks to visitors in town for Loyola University's graduation ceremonies.

Plans for the hotel were announced over two years ago and initially drew complaints from the Southeast Evanston Association, which voiced fears it would attract "transient academics."

But the city went on to approve the project in April 2014, after resolving a controversy over a tree on the property and after the developers scaled back the prominence of a roof-top top hat included in the design for the eight-story building.

John Brooke, chief operating officer of hotel owner Janko Hospitality, said he was very happy to have the new property open in Evanston and noted that there are still some finishing touches to work on — like a green roof that is part of the plan to qualify the property for LEED Silver status. 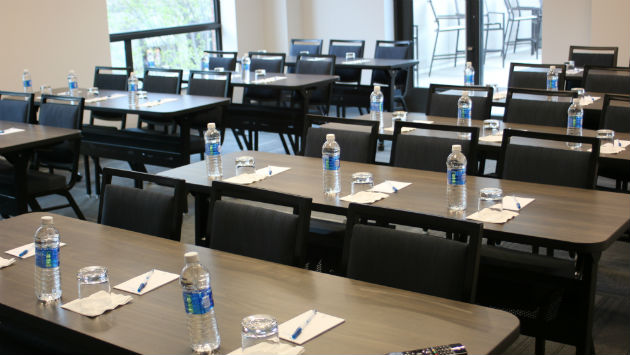 The Hyatt House Chicago/Evanston has two meeting rooms, each with a capacity of about 60 people, as well as an outdoor terrace with a gas flame fireplace in the center of its seating area on the second floor. 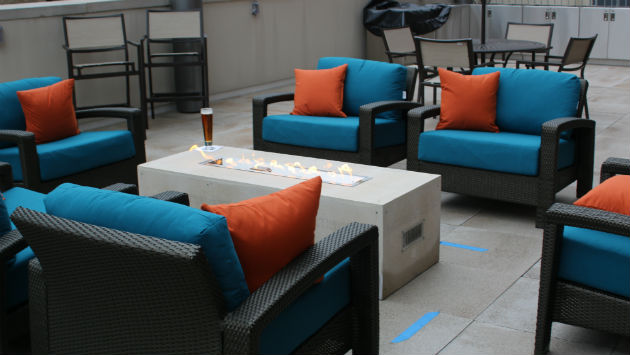 Plans for a swimming pool in the building were scrapped to expand the workout room area, Reifel says. 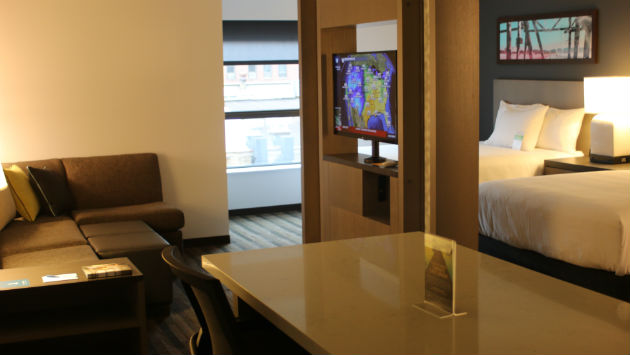 A mid-size suite in the hotel.

Guest rooms and suites in the 114-room hotel range in size from 400 to 700 square feet and many have a full range of kitchen features — from microwaves to dishwashers. 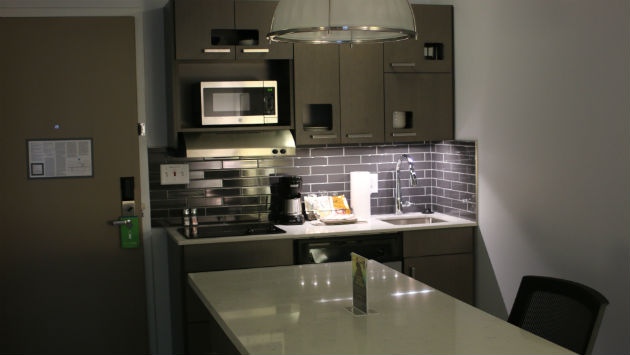 The kitchen area in the same hotel room.

The property was previously the site of a one-story real estate and insurance office that had been building around 1950 to house a restaurant. That building was demolished in 2013 by the then owner of the property who claimed city officials were obstructing the hotel project because they wanted an office building on the site instead.

Before the real estate market collapse a decade ago, the property had been included in a proposal for a 14-story condo development that would have extended from the hotel site at mid-block to the southeast corner of Chicago Avenue and Davis Street, a project that was ultimately rejected by city officials.