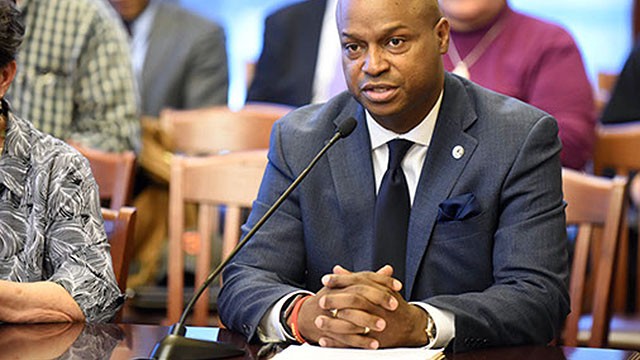 One thing you may not have known about the new speaker of the Illinois House, Emanual “Chris” Welch — he’s a Northwestern University alum.

Welch, chosen by House Democrats this week to replace long-time speaker Michael Madigan, is a 1993 graduate of NU’s School of Communication.

NU President Morton Schapiro said, “One of the most important ways in which universities like Northwestern serve our world is by producing alumni who go on to become leaders of the first rank. Chris has done just this, as a legislator who’s fought tirelessly and skillfully to increase opportunity for every person in Illinois.”

Welch has been a state representative from the 7th District of Illinois since 2013, serving on several committees, including the Executive, Revenue and Higher Education.

Welch, the first Black lawmaker to serve as speaker, was named the same day the House passed sweeping criminal justice reforms to eliminate cash bail and require all police officers to wear body cameras — part of the agenda set forth by Welch and other members of the Illinois Legislative Black Caucus to address systemic racism.

Welch spearheaded efforts to pass historic legislation like the four-year map grant award and the AIM High Scholarship and has been the chief sponsor of legislation that made Illinois a Welcoming State for immigrants.

Welch played baseball during his time as an undergraduate at Northwestern. An advocate for athletes then and now, he has championed the rights of college athletes to profit from the use of their name and likeness as sponsor of the Student Athlete Endorsement Act. Welch earned a law degree from The John Marshall Law School in 1997 and is currently a partner in the local government law firm Ancel Glink.