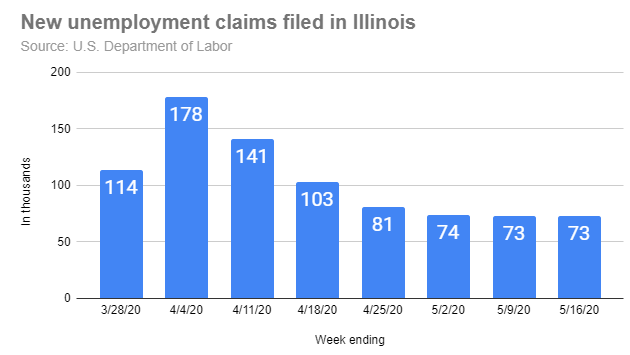 New jobless claims filed in Illinois last week totalled 72,816, according to a report out this morning from the U.S. Department of Labor. That’s up marginally from an adjusted total of 72,671 recorded the previous week as the COVID-19 crisis continues to impact the state’s economy.

Jobless figures for April with detail for Evanston aren’t scheduled to be released until the end of this month. For March Evanston’s jobless rate was 3.9% up from 2.5% in February.

It now appears the Chicago region will meet criteria needed to move into the next phase of the governor’s Restore Illinois plan at the end of this month which should lead to the reopening of more businesses shuttered in efforts to control the spread of the coronavirus.