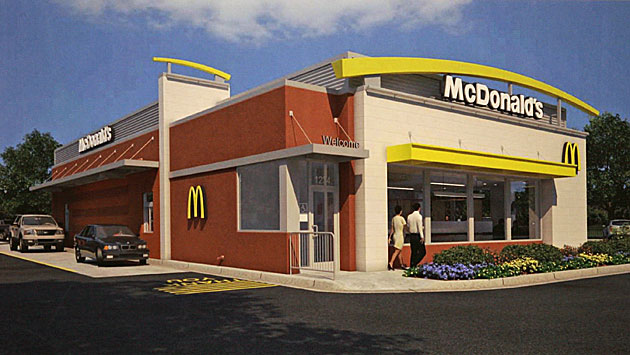 Top: A rendering of a McDonald's restaurant presented at Wednesday's meeting. Above, a Google map showing the site's relationship to the neighborhood. Below: A site plan for the project. 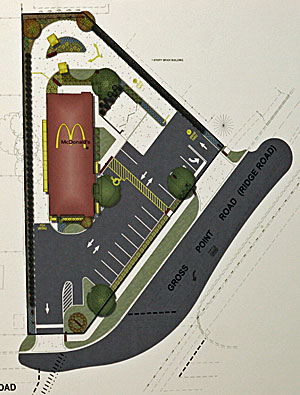 The city's head planner, Dennis Marino, said the 24-hour drive-thru operating just a few feet from the property line of homes on Princeton Avenue would have a negative impact on the neighborhood.

Marino, and City Engineer Sat Nagar, also objected to the proposed traffic flow to and from the site.

They suggested that the right-turn only exit onto Harrison Street would lead many patrons arriving from the east to use Princeton Avenue as a shortcut to Central Street for their return trip.

Attorney Bridget O'Keefe and other representatives from McDonald's argued instead that the exit would be a convenience for commuters who, instead of returning home after stopping at the restaurant for breakfast or lunch, would continue on westward to the Edens Expressway.

Nagar also suggested that, given the way traffic backs up at the intersection, the planned left turn exit onto Gross Point Road probably wouldn't work.

A handful of neighbors turned out at the afternoon meeting of the city's Site Plan and Appearance Review Committee to oppose the project.

Craig McClure of 2507 Princeton Ave. said, "This is everything I feared and more."

He said he and his partner knew they were buying next to commercially zoned property when they bought their home in 2004, but they never would have purchased it if there'd been a McDonald's on the site. 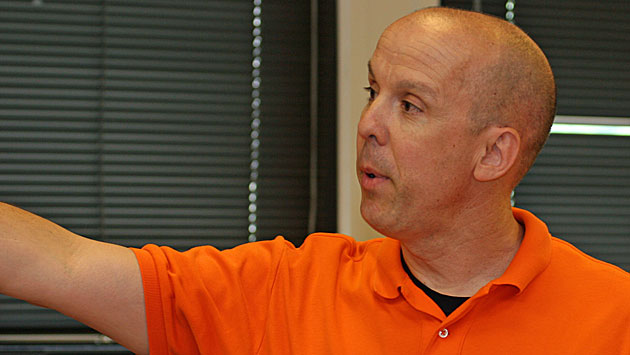 Craig McClure, of 2507 Princeton Ave., points toward the restaurant plans while speaking at the SPARC meeting.

In the face of strong neighborhood opposition, aldermen last week rejected plans for a Chase Bank branch two blocks away from the proposed McDonald's site.

"If it were a Chase Bank proposed for this lot," McClure said, "I'd be welcoming it with open arms," but McDonald's, he said, would result in a serious decline in home values. 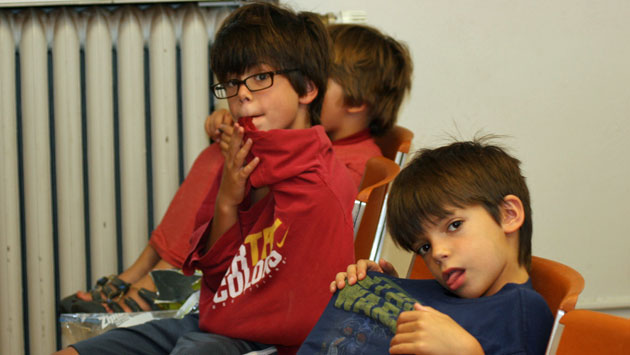 Kids fidget as mom tries to protect them from fast food.

Dana Gerstein of 2708 Simpson St. brought her three young children to the meeting, and as they fidgeted in their seats, she told the committee that fast food meals are higher in calories, fat and sodium than food consumed elsewhere.

Gerstein said approving the McDonald's would go against the mission of the Evanston Food Council to create a healthy food environment in the city.

The project needs city approval for a special use permit for the carry-out style restaurant and for the drive-thru. O'Keefe indicated that McDonald's would likely try to revise its plans and seek another review by  SPARC before moving on to a hearing before the Zoning Board of Appeals.

A ZBA recommendation would then go to the City Council for a final decision.