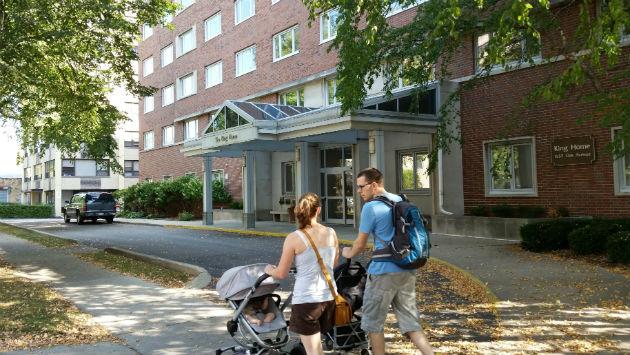 Cameel Halim, whose Time & Glass Museum is opening today on Oak Avenue in Evanston, says he’s purchasing the King Home property across the street and plans to turn it into a hotel.

Halim says he’s scheduled to close on the purchase of the shuttered assisted living facility from Presbyterian Homes on Friday.

Halim, through his Wilmette Real Estate & Management Co., owns the downtown Carlson Building as well as a variety of other Evanston properties.

He says that while other buyers might have considered tearing down the King Home, “that’s not what we do.”

He said the building will be extensively upgraded as part of the hotel conversion, adding a swimming pool, among other features.

The conversion to hotel use will require a zoning change. The King Home and the adjoining parking lot that Halim is also acquiring are currently zoned R6 and hotels are not a permitted use in that zone, although they are permitted in the downtown zones just to the north and east.

Halim says that, assuming the city approves the zoning change, he anticipates it will take a year to 18 months to complete the renovation work and open the hotel.