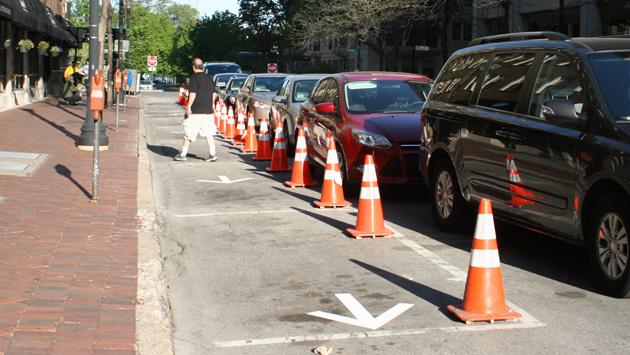 Downtown merchants got a briefing from city officials this afternoon on plans for new parking meters and repaving Davis Street.

The update came at the annual meeting of Downtown Evanston, held at the new 27 Live music venue on Church Street.

Public Works Director Suzette Robinson said the test of narrowing the 500 block of Davis to a single lane to preserve parking while adding a sheltered bike lane will wrap up by the start of next week.

Robinson said city workers have noticed some problems — including trucks blocking the crosswalk at Hinman to make deliveries — but traffic engineer Sat Nagar said the big test will come this evening and Friday when a lot of patrons of restaurants on the block arrive looking to pick up take-out orders.

Merchants on the block have pressed to keep all the existing parking. Original plans for the bike lane called for switching to parallel parking from diagonal parking on the south side of the street to preserve two traffic lanes.

Water and sewer work on Davis will start May 28 working east from Benson Avenue — with a break for Northwestern University commencement weekend June 20 to 23, so visiting parents will have easy access to restaurants on the street.

The city is scheduled to award the paving contract next month and work on the street, Robinson said, will be wrapped up by mid-October, to avoid interfering with the holiday shopping season. 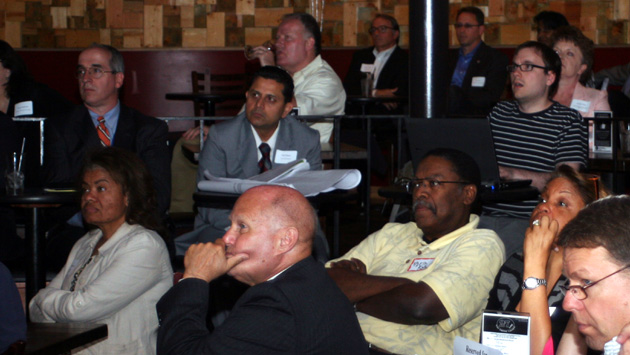 Business owners and managers at the Downtown Evanston meeting.

He said the city has narrowed the field of eight potential bidders for the project to three and that all three finalists have walked the downtown and other areas where meters are now used  to make sure they understand the commmunity’s parking issues.

Lyons said the eventual solution will most likely include a mix of new meters that will accept credit cards as well as cash, which are being tested on parts of Davis Street and Sherman Avenue; pay-and-display boxes, like those already installed on Church Street downtown, and pay boxes like those used in some city parking lots that let users make payment for a numbered space. 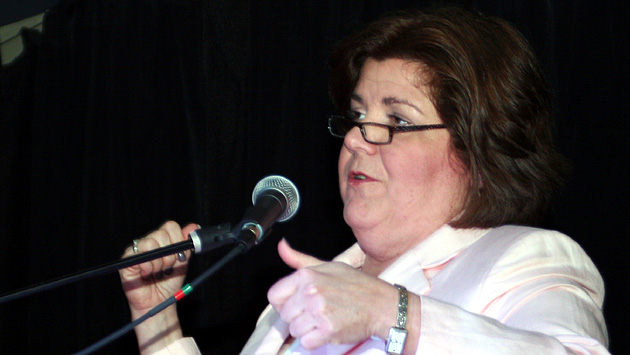 Downtown Evanston Executive Director Carolyn Dellutri reported that 26 new businesses have opened downtown in the past year, that the CMS Expo conference being held this week at the Hilton Orrington drew about 10 percent more participants than the 435 who attended last year and that the International Downtown Association will hold a regional conference in Evanston next week.