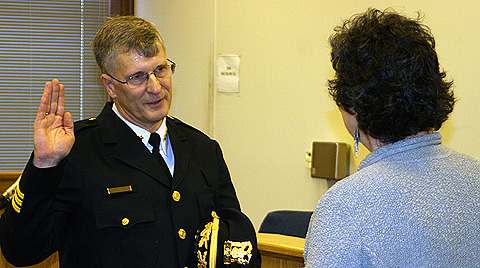 Evanston's new police chief, Richard Eddington, began his jobÂ at a swearing in ceremony at the Civic Center this morning.

With many police officers and city officials sitting in the audience, City Clerk Mary Morris led him through the oath of office and then his wife, Sue Eddington, pinned his new badge on his jacket. 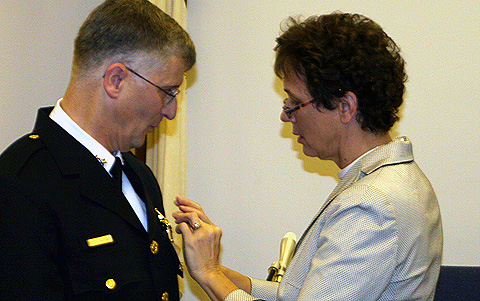 After the brief ceremony the new chief was congratulated by many of those who turned out for the ceremony, including Fire Chief Alan Berkowsky. 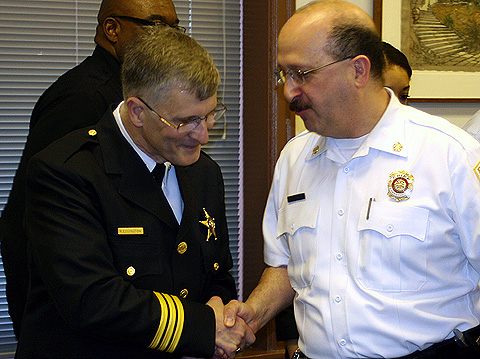