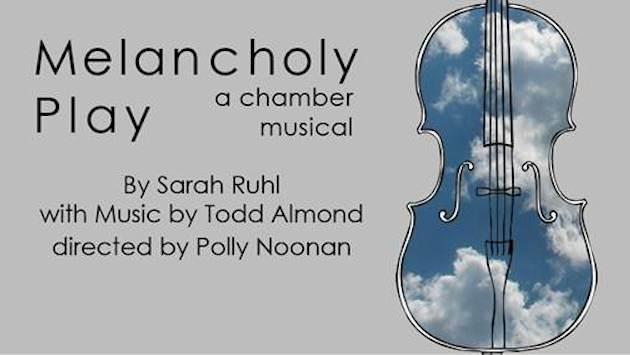 Whimsical and full of emotional highs (both depressed and elated), this new musical not only celebrates the absurd in our emotional lives, but celebrates the musical form by giving life to Sarah Ruhl’s poetic dialogue in a nearly perfect transition from spoken word to sung lyrics.

Can you describe how you started with “Melancholy Play” and how it led to this new incarnation?

I was asked by Sarah Ruhl and Jessica Thebus to perform as Tilly [in “Melancholy Play”] years ago, and I said yes! We had a public reading of the play first, months ahead of the planned production and the experience of reading the play before an audience was intoxicating. I was hooked. It's a wonderful play. I loved performing as Tilly.

I've loved performing Sarah's work— it's so spare on the page but woven with a deft hand. Night after night you hear new things, make new discoveries; her work is thrillingly rich.

Last year, after the Language Archive opened, we had a meeting to discuss possible future projects and one of my ideas was Melancholy Play in its new incarnation as a musical. I had heard that Sarah and Todd were collaborating and then I managed to be in NYC when the musical was produced. I thought it was wonderful and also a great fit for the workshop.

Everyone at the workshop agreed— so we took this ambitious leap together!

How is this chamber musical similar to or different from Sarah’s previous work? How does the “magical realism” element of her writing come through in the music?

This is Sarah's play through and through. If anything it is heightened and more fully realized in intention by the addition of Todd Almond's work.

Sarah's work is so full of humor and intelligence. That's what strikes me more than the notion of magical realism. She celebrates the absurd and I think that is the overlap.

Why a “chamber musical”?

The play is mostly sung, hence: musical. But also, Todd Almond read the play and said he saw the play as sung through with piano and a quartet.  So that's why a chamber musical. It very much reminds me of “The Umbrellas of Cherbourg”, the French film by Jaques Demy that stars Catherine Deneuve and is all sung, every word. “Melancholy Play” originally had two songs and a cellist, so in a way it has been waiting all of its brief life to become its chamber musical self!

Sarah’s fans all know that there are almonds involved — including Todd Almond. What sort of almond-tastic design elements should audience members expect?

Expect the unexpected! We assembled an incredible design team. The set is spare and beautiful, the actors are exquisite, and the score is transporting.  But the star is the play itself.

"Melancholy Play: A Chamber Musical" runs through June 7, with performances at 7:30 p.m. Fridays and Saturdays and 2:30 PM Sundays, at Piven, 927 Noyes St.