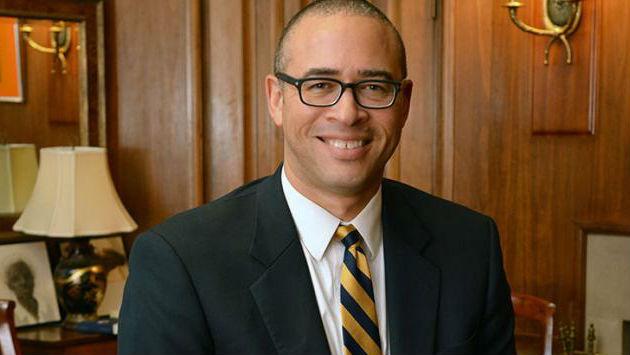 Northwestern University’s new provost, Jonathan Holloway, promised today, his first day on the job, to strengthen critical funding for research across the disciplines.

A historian specializing in African American studies, the former dean of Yale College, said he’s delighted to join “our vibrant, world-class institution” and looked forward to pursuing “my own research agenda, even as I support my faculty colleagues in doing the same.”

In a brief email message to the community, Holloway observed: “The way I think about leadership is service. Through my team, my job will be to serve the university community – faculty, staff and students in both graduate and undergraduate programs – and continue pushing the envelope of ideas, discoveries and teaching excellence.

“I believe deeply that a university’s role is fulfilled when it introduces its students to the world of ideas and life-long learning,” he said. He also expressed appreciation for the strong foundation laid by his predecessor, former Provost Dan Linzer.

In an interview before he assumed his new role, Holloway spoke of his background as a fourth-generation college administrator, his love for higher education, his devotion to his family and his commitment to work to bolster federal funding for research.

In a nod to Northwestern President Morton Schapiro, Holloway noted that the simple definition of the provost’s job, in his mind, is “to realize the president’s vision by managing the university and getting it moving in a particular direction.”

Holloway said that he wants to do “everything I can to make sure” the faculty “have the right kind of working environment, whether it’s in terms of facilities or resources.”

At a time when federal research dollars are at risk, Holloway pledged to do all he can to ensure that the resources required will remain in place to support fully the vital research that leads to discovery and innovation at Northwestern, as it does across the nation’s universities.

“My job,” Holloway declared in the interview, “is to do everything I can to make sure the breadth of the University’s research agenda is maintained. Northwestern has a really strong history and commitment in the sciences. This is very clear. And that’s not going to change under my watch. My love for the humanities and social sciences will remain steadfast as well.”

“I’m the provost for everybody, that’s the same when it comes to the research agenda. I will do all the work that I can do to make sure that a really aggressive environment is there for the scientists to push as they should, just as I want the historians to push and the sociologists to push,” he observed.

“That’s an important part of my job: To make sure we maintain the integrity of the mission,” he added, noting that he is mindful of the fact that the federal environment for funding is changing. “Northwestern is an incredibly robust institution. … My ambition is to see where it is already a great place and do everything I can to make it better, to make it its best possible version of itself.”

Holloway received a bachelor’s degree with honors in American Studies from Stanford University. He then went on to earn three advanced degrees from Yale, an M.A. in history, an M.Phil. in history and a Ph.D. in history. He began his academic career at the University of California, San Diego, before joining the faculty at Yale in 1999 and becoming a full professor in 2004.

Holloway is married to Aisling Colón. They have a daughter, Emerson, 17, and son, Ellison, 14