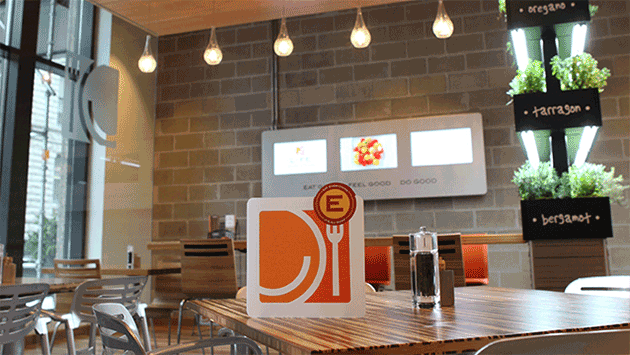 LYFE Kitchen, a California-based healthy fast food chain that just opened its first Chicago outpost, is coming to the long-vacant rotunda of the Chase Bank tower in Evanston.

The city's Liquor Control Review Board today recommended approval of a liquor license for the business, which says it serves only "quality food using locally and sustainably sourced ingredients whenever possible."

LYFE's CEO long was an executive with McDonald's, and other executives have extensive fast-food industry experience. The new Evanston location is scheduled for an April opening.

The 1603 Orrington Ave. tower's rotunda was the banking lobby for the old State National Bank when the tower first opened more than 40 years ago.

LYFE Kitchen was just one item on a full plate for the lilquor board today. It also approved liquor licenses for:

All these license requests are scheduled for review by the City Council at its Jan 13 meeting.

The board also agreed to come up with a sliding-scale license model for live theater groups that want to sell beer and wine during performances.

Representatives of Piccolo Theatre at 600 Main St., told the board the current flat annual license fee of $1,300 is prohibitive for groups with a limited performance schedule.

And the board agreed to have Corporation Counsel Grant Farrar draft an ordinance establishing a new license classification that would let a planned home brewing and winemaking supply shop hold in-store classes.