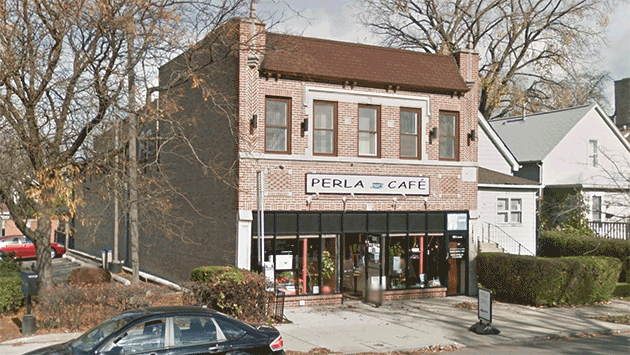 Curt's Cafe, a program that offers job skills training to young men on Central Street in Evanston, hopes to open a new branch to provide similar services to teen mothers in what's now the Perla Cafe on Dempster Street.

Nancy Floy, who owns the Heartwood Center across the street, says she and other supporters of the project have launched a Kickstarter campaign and other efforts to fund the project.

Susan Trieschmann, who launched the non-profit Curt's Cafe program, has estimated they'll need about $40,000 to buy Perla Cafe's equipment, $10,000 for rehab work on the space and another $100,000 to keep the cafe running during its first few months of operation.

There are already 25 girls on a waiting list who could be helped by the new project, Floy says.

The Dempster-Dodge intersection is seeing a lot of improvements, Floy adds, with a new Starbucks under construction, a newly updated Burger King and the decision by Valli Produce to take over the former Dominick's supermarket space.

And the Evanston West Village Business Association she heads has received funds from the city for new planters along the street.

In addition, the Tsogyaling Meditation Center of Evanston, now based at Heartwood, is planning to buy the house next door, and Floy is acquiring the disused parking lot just east of the house.

With all the action on the block, Floy says Curt's Cafe would be a great addition to the neighborhood.

Floy and project organizer Kristen Hemingway say the new cafe would feature nourishing food, coffee and smoothies in a part of town that does not have many healthy food options.

And the mission will be to provide training and job placement assistance to young mothers to enable them to successfully contribute to their family and the community by joining the work force.