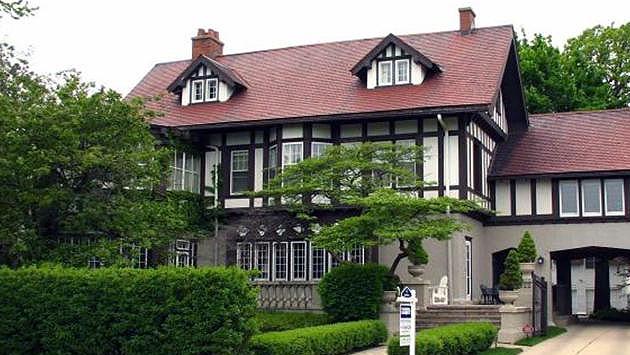 Evanston aldermen tonight are scheduled to consider zoning amendments that would ban additional bed and breakfast establishments set up on the model used for the only two approved so far.

The amendments would require that an owner with at least a 33-percent interest in the property live on site at the B&B.

The two approved bed and breakfasts are majority-owned by billionaire Jennifer Pritzker, who lives on the block but not in either of the B&Bs.

City ordinances now only require that someone with some ownership interest live on site, and Pritzker has met that rule by giving a one-percent interest in each property to an on-site manager.

The changes, approved by the Plan Commission last month, would also impose separation rules on any new B&B with more than two guest rooms.

The commission failed to agree on just how great a distance should be required between such establishments — and city staff now is proposing a 1,500 foot distance requirement — more than a quarter mile.

Both Pritzker B&Bs are on the same block, and the only other bed and breakfast proposed so far, by Linda Jelinek at 1722 Judson Ave., is about 500 feet from the closest Pritzker B&B, at 300 Church St.

Both Pritzker properties are undergoing extensive renovation and have not yet opened for business, but her firm, Tawani Enterprises, does already operate the Cat's Cradle Bed & Breakfast in Rogers Park.

Some neighbors of the lakefront B&Bs fought approval of both Pritzker projects and lost an earlier effort to get the City Council to impose new restrictions on such establishments.