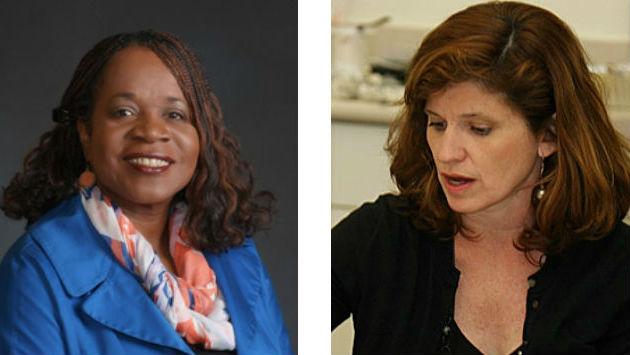 The boards of Evanston’s two school districts installed their new members last night and elected officers for the next two years.

Savage-Williams replaced Gretchen Livingston, who continues for another two years as a board member.

Meanwhile, the Evanston/Skokie District 65 School Board re-elected Tracy Quattrocki as president and Richard Rykhus as vice president for another two years.

Both boards each installed one new member as a result of the school board elections held last month. For District 202, the new member is Monique Parsons, and for District 65, Jennifer Phillips assumed office.

Parsons replaced Scott Rochelle at District 202 and Phillips replaced Katie Bailey at District 65, neither of whom ran for another term on their respective boards.

At both meetings, the remaining members of the board lauded the service of their retiring members.

In other action, the District 65 board approved the appointment of Lauren Norwood as principal at Dr. Bessie Rhodes School of Global Studies, who takes over in July. She will replace interim principal Linda Johnson.

For the past five years, Norwood has served as a building principal in the Chicago Public Schools, coupled with service as a coach and mentor for teachers, administrators, and staff and as a school-based reading facilitator.

The new principal is a former middle school reading teacher and librarian. Prior to that, she served for five years as a third grade teacher. She also has experience as a curriculum coordinator and a school-based parent coordinator.