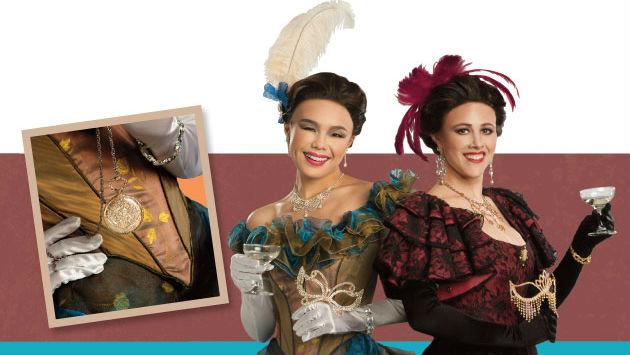 Light Opera Works, which is to change its name to Music Theater Works for 2017, has announced the productions for its first season under the new name.

The season will open with "Candide" in June, followed by "Gypsy" in August, "Duke Ellington's Greatest Hits" in October and "Peter Pan" in December.

Its current production, "Let Me Entertain You: Jule Styne's Greatest Hits," runs through Oct. 16 and the 2016 season will wrap up with "Die Fledermaus" from Dec. 26 to Jan. 1.

The Duke Ellington and Jule Styne concerts are at Nichols Concert Hall in Evanston. All other productions are at the company's home venue, Cahn Auditorium in Evanston.

The Leonard Bernstein classic version of "Candide," based on Voltaire's satire on the follies of the human race, includes the songs "Glitter and Be Gay," "The Best of All Possible Worlds" and "Make Our Garden Grow."

Broadway's fable of 1920s show business, "Gypsy," features a score by Jule Styne, including "Everything's Coming Up Roses," "Let Me Entertain You" and "Some People."

American composer, pianist and bandleader Duke Ellington will be celebrated in a concert of his best-known work, including "Satin Doll," Mood Indigo," "Sophisticated Lady" and "It Don't Mean A Thing (if it Ain't Got That Swing).

And "Peter Pan," the classic tale of the boy who won't grow up, includes the songs "I've Gotta Crow," "I'm Flying" and "Neverland."

General manager Bridget McDonough said of the name change announced earlier this year, "After 36 years, we decided to make a change. Light Opera Works was a wonderful name for a long time, but we felt it no longer told the full story of who we are and what we do."

"The company will remain a home for light opera," she continued, "but we are also the home of Broadway classics, Great American Songbook concerts and popular educational programs for young people. We wanted our new name to reflect the diversity of our repertoire and programs."

Artistic director Rudy Hogenmiller added that people unfamiliar with the company often asked "if we perform short — 'lite' — versions of grand operas. There's nothing 'lite' about our productions! We pride ourselves on full-scale stagings of musical theater classics. Everything from Gilbert and Sullivan and Franz Lehar to Lerner and Loewe and Jerry Herman, with big casts and full orchestras. We needed a name that gives people a sense of that."