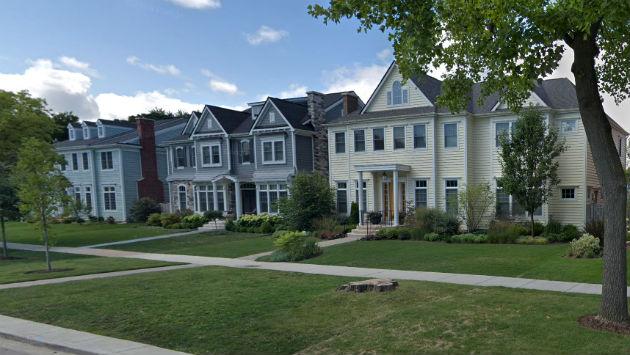 You’d need to be well into the top five percent of wage earners nationwide to afford the median-priced new detached single-family home built in Evanston in the past decade.

An Evanston Now analysis of City of Evanston building permit data and Cook County Assessor’s Office home valuations shows that the median value for a single-family home completed here since 2008 now stands at over $1.1 million.

And the median values vary a lot from ward to ward.

The building permit records indicate no new single family homes were completed in the 9th Ward during the period.

The lowest valuation on a recently completed home is $219,320 for a subsidized house in the 5th Ward. The highest valuation is $6.42 million for a lakefront home in the 7th Ward.

To cover the payments on a $1.1 million home, assuming current mortgage interest rates of just over 4 percent for someone with a strong credit rating, a 20 percent downpayment and principal, interest, property tax and insurance costs of no more than 30 percent of income, a person would need an annual income of nearly $260,000.

That would put an individual wage earner well into the income level of the folks just below the top 1 percent of wage earners. Those who are in the 95th to 99th percentile average an annual income of $195,070.

Of course Evanstonians tend to be more well-to-do than the national average, and homes are bought by households, most often married-couple families with more than one wage earner.

The Census Bureau says 15.9 percent of Evanston households have income of $200,000 or more while fully a third of married-couple families reach that number.

But the clear conclusion is that — except for a tiny number of deeply-subsidized homes being constructed in the 5th Ward through the Evanston Township High School geometry in construction program — new detached single-family homes in town are generally making Evanston’s affordable housing problem worse, not better.

On the other hand, only about 89 detached single-family homes have been completed here in the last decade, so their overall impact on the available housing stock has been modest