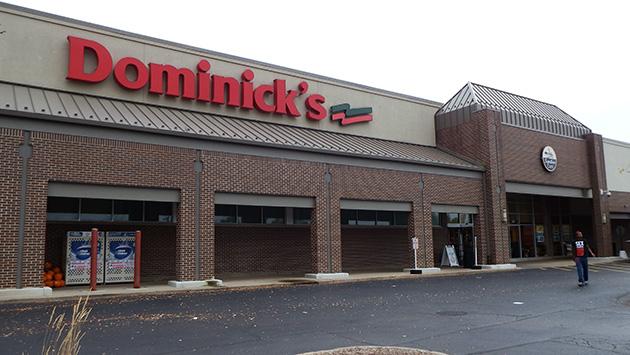 An owner of Arlington Heights-based Valli Produce Inc. says his firm plans to take over the shuttered Dominick's store in the Evanston Plaza shopping center.

Frank Chilelli tells Chicago Real Estate Daily that Valli will also expand from the 58,000 square foot Dominick's site to a total of 70,000 square feet by taking over adjoining vacant space in the plaza at Dempster Street and Dodge Avenue.

The plaza, now owned by Bonnie Management Corp. and William Harris Investors Inc., has struggled over the years — and suffered a serious blow when Dominick's, its only remaining anchor tenant, closed last December.

The 212,000 square foot plaza is now about 68 percent vacant according to materials from its leasing agent, Mid-America Asset Management Inc.

On its website, Valli says it emphasizes a wide array of imported grocery items and a broad selection of produce designed to cater to "the wide spectrum of ethnic groups in the Chicago area."

The other shuttered Dominick's in Evanston, on Green Bay Road, is being renovated for conversion to a Whole Foods market.

Update 3:05 p.m.: In a news release this afternoon, city officials said Valli is in the final stages of completing an agreement with Safeway Inc., which still holds a lease on the supermarket site, and that the deal is expected to be wrapped up soon.

“Valli Produce would be a wonderful addition to Evanston Plaza, and would only add to the rich diversity of shopping options already available in town,” City Manager Wally Bobkiewicz said in the news release.

Bobkiewicz said that the city "stands ready to evaluate proposals to financially assist in the renovation of the grocery store" and other improvements through the tax increment financing district created for the plaza.

The Real Estate Daily story says the buildout for the new store could cost as much as $7 million, ahead of an opening expected next spring.