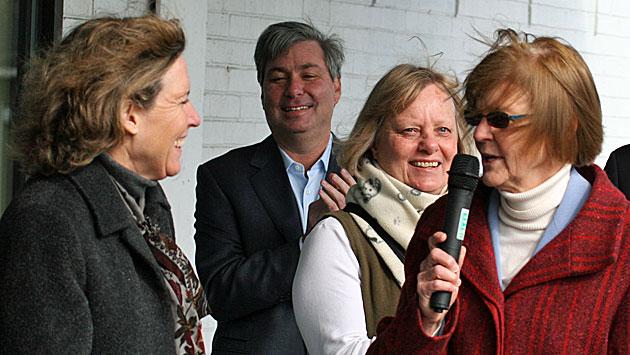 After years of effort to bring a Trader Joe's grocery to Evanston, city officials were all smiles this afternoon at a news conference at the site of the new store.

After years of effort to bring a Trader Joe's grocery to Evanston, city officials were all smiles this afternoon at a news conference at the site of the new store.

Wynne in turn praised city economic development staffers, especially Johanna Nyden, who'd worked for over a year to pull together the deal. 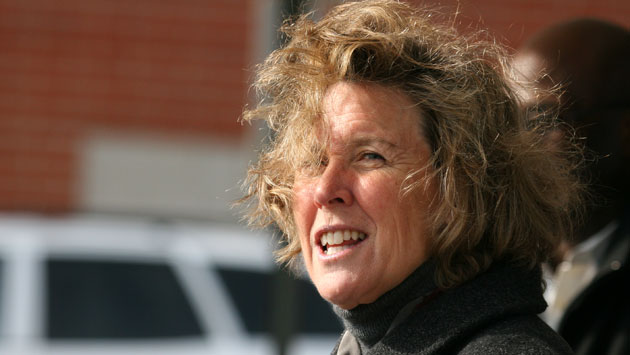 She also offered praise for Scott Gendell and his colleagues at the new owner of the property, Terraco, Inc. of Wilmette, which arranged the lease with the grocery chain.

And she thanked neighbors, some of whom had been briefed on the proposal as much as a month ago, for keeping quiet about it until the announcement.

Plans for the site reportedly include demolishing the existing one-store retail building that once housed a Blockbuster video store and replacing it with a new 13,000 square foot store that a company news release said will mix "traditional Trader Joe's elements such as cedar covered walls and Hawaiian motifes, combined with a local flair that includes art celebrating the neighborhood."

Paul Giddings, co-owner of the FolkWorks Gallery a block north of the new grocery store site, said he believes Trader Joe's will provide a big boost for other merchants in the neighborhood.

Giddings, who's a leader of the Chicago-Dempster Merchants Association, said the two existing supermarkets nearby — Whole Foods and Jewel — tend to draw customers mainly from the neighborhoods to the south. 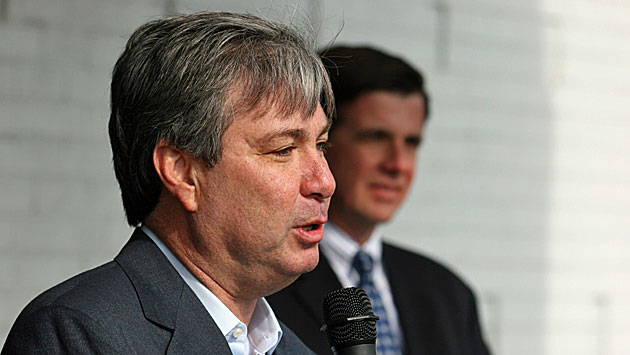 That's largely because both chains have other outlets further north in Evanston or just across the border in Wilmette.

But with the nearest existing Trader Joe's in Glenview, Giddings believes the new store will draw customers from Wilmette and other north shore communities to shop more often in Evanston.

Giddings said he's a little concerned about traffic congestion around the store, but hopes the city will be able to address that as part of the redevelopment process for the site.

Gendell said the target date for opening the new store is the first quarter of next year.