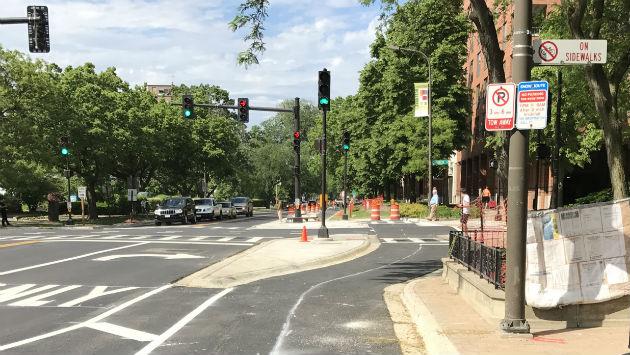 The new bike lane project on Chicago Avenue in downtown Evanston is nearing completion — and it features something that’s a first for the city. 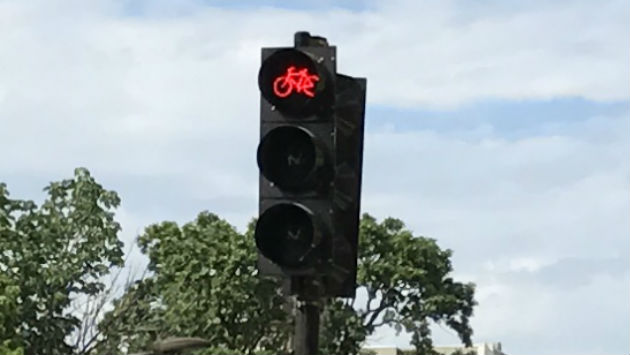 That’s separate traffic signals for cyclists — complete with an image of a bike in the lights.

The separate signal lights for bikes reportedly have been used for many years in Europe and were being used in at least 16 U.S. cities by 2012, when the first one was installed in Chicago.

The Federal Highway Administration gave interim approval for their optional use in 2013. It says research has shown that bicycle signal faces can substantially reduce the bicycle crash rate.

One of those benefits can be seen in the top photo — using signals to separate bikes crossing Church Street from motorists who would otherwise be turning off Chicago Avenue into their path.

Once the Chicago Avenue portion of the new street work is complete, the project is scheduled to be extended to Sheridan Road along the Northwestern University campus from its junction with Chicago Avenue to Lincoln Street.

The bike path project received a $1.5 million grant in 2014, but implementation of it was delayed until this year amid concerns about the design of the project and fitting it into the schedule for other work that would tear up major streets.