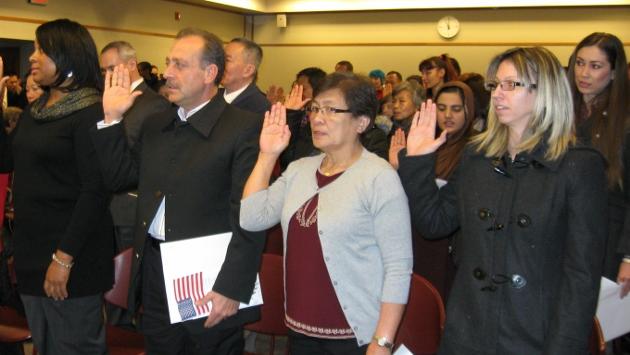 Some 43 immigrants from 23 different countries took the oath of allegiance today to become citizens of the United States before a full house of friends and relatives at the Evanston Public Library.

The ceremony included a singing of the National Anthem, a recitation of the Pledge of Allegiance to the flag, and a congratulatory video from President Obama. 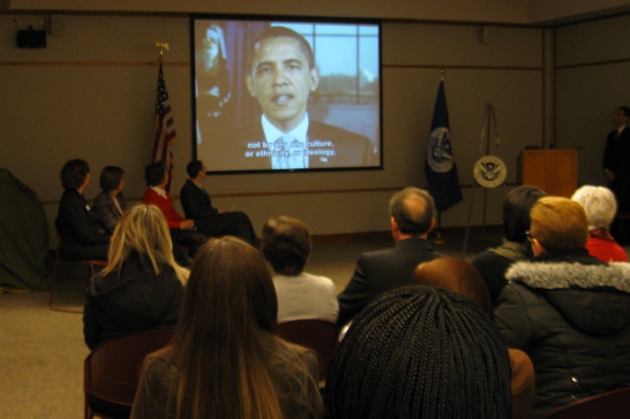 Ninth District Congresswoman Jan Schakowsky vowed to pursue immigration reform in Congress, which she promised would add $1 trillion to the U.S. economy. Then she challenged them all to go out and "register to vote." 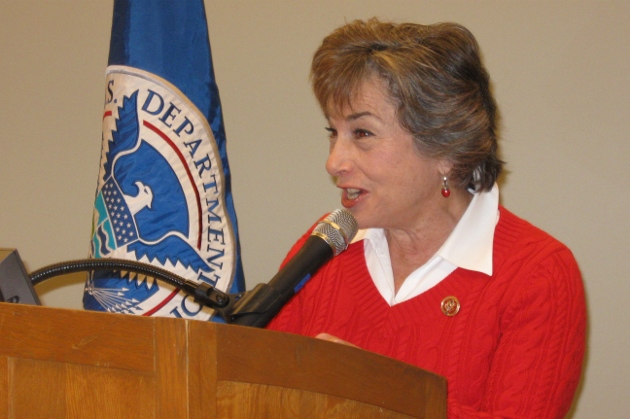 She noted that it is not easy to be an immigrant in America, and that it is "a tremendous achievement" to become a citizen. 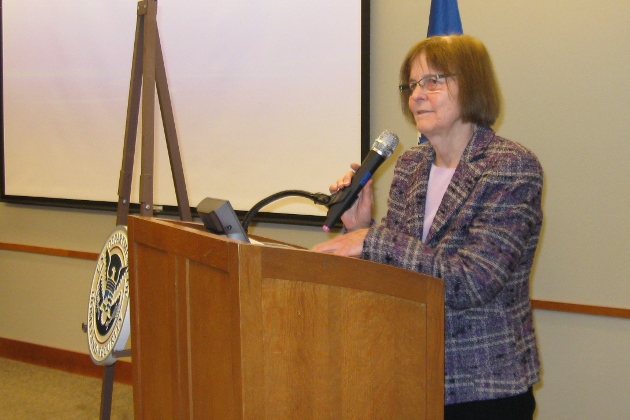 Nevertheless, this nation is "a nation of immigrants," she reminded them and challenged the new citizens to take seriously the obligations of citizenship.

Those who choose to live in Evanston, she said, should "call your mayor" if they encounter any problems. 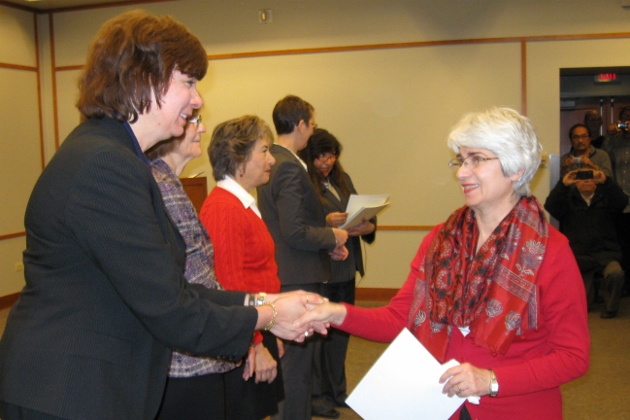 Following the oath-taking and the speeches, the new citizens proceeded one-by-one to receive their certificates of citizenship and to exit the library challenged to "support and defend the Constitution and laws of the United States of America against all enemies, foreign and domestic."