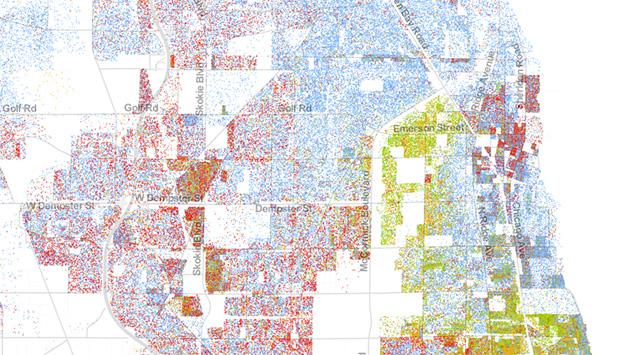 A new project mapping 2010 U.S. census data about race provides a colorful image of housing patterns across the nation and here in Evanston.

On the map each dot represents one person. Zoom out to show the whole nation and — because the individual dots are no longer visible — many urban areas look like a blend of purple and teal.

Zoom in and patterns of clustering by race become clearly visible.

The Atlantic Cities website has close up maps from the project of other metro areas. 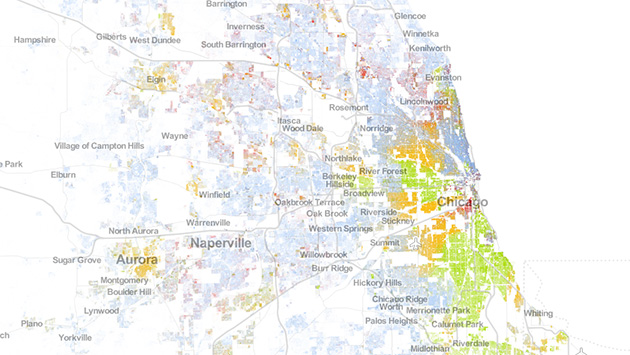 Top: Evanston and nearby suburbs. Above: The Chicago metro area.

The map, of course only captures one point in time. The Atlantic reports in its September issue data showing that racial segregation has generally declined across America in the last 40 years.

And there is evidence that pattern has held true in Evanston as well.

But The Atlantic also reports that some low income neighborhoods in some major cities are becoming more, not less segregated, with a variety of adverse consequences.