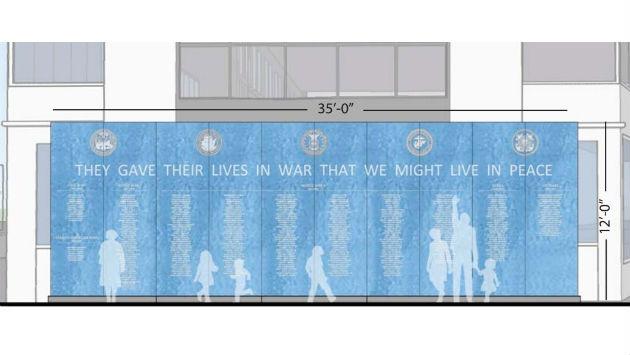 A massive 35-foot by 12-foot etched glass wall engraved with the names of local service members killed in action dominates plans for a revamped Fountain Square discussed at a public meeting at the Evanston Public Library Tuesday evening. 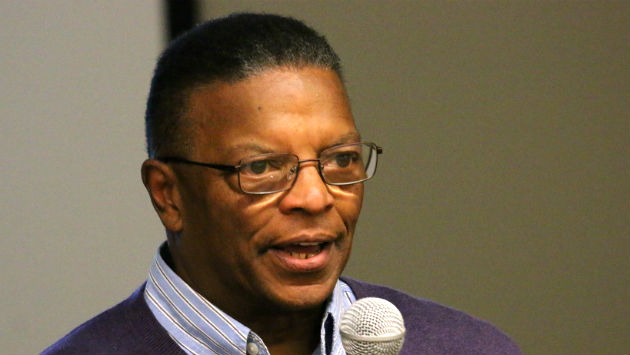 Greg Wilson, the immediate past commander of Evanston American Legion Post 42, said veterans who served on a city advisory committee planning renovations to the square wanted to make sure the memorial was approachable and that there would be separation between it and the fountain.

"I think it's a very respectful design," Wilson said. 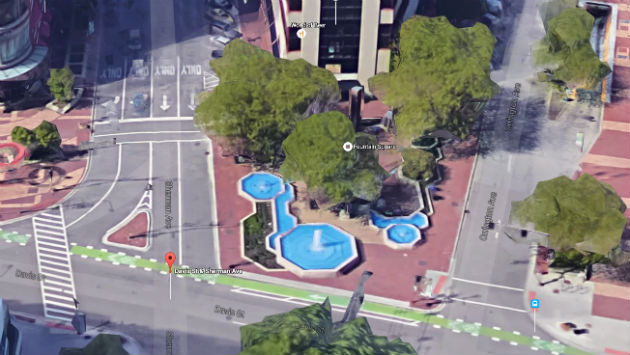 A Google Earth  view of the current square showing one of the memorial pillars in front of the Fountain Square building.

But he added that some veterans are concerned that the bronze plaques with names of the soldiers killed in battle now mounted on brick pillars in the square should be preserved in some way, repurposed and relocated.

"Other than that, I think we are fine with it," Wilson added. 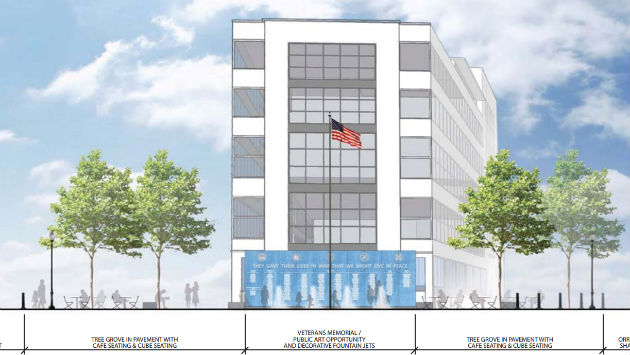 The latest design proposal for the square — described as the "preferred option" after feedback at an April public meeting, expands the overall size of the square by taking over one traffic lane each on Sherman and Orrington avenues. 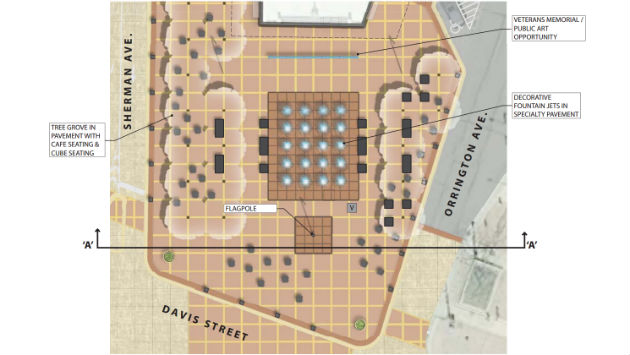 It also features an array of 20 programmable fountains recessed into the plaza surface which could be turned off to accommodate large public gatherings. 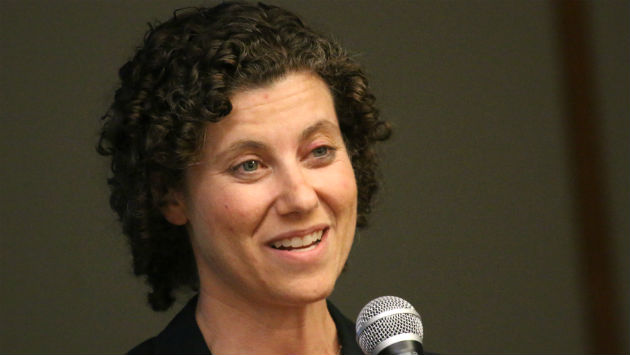 Concerns about the fountains drew most of the comments from the roughly 80 people at the meeting, and Jodi Mariano of Evanston-based Teska Associates, a consulting firm to the city on the project, said the fountains were designed to be low maintenance and would use readily available parts.

The computer-controlled fountains, she said, could be programmed to run at different heights at different times of day and would include internal lights, "so we won't have to dye the water any more" to have it look purple in support of Northwestern University sports teams.

She also said the fountains would be designed to resist winter conditions and that when the fountains are turned off for the season their granite surface "would function like regular paving."

Mariano said that, except for a slight slope for drainage, the entire plaza area would be flat, with the adjoining street surface raised to a matching level.

Bollards and planters would be used to deliniate the boundaries for auto traffic in the "shared streets" design. 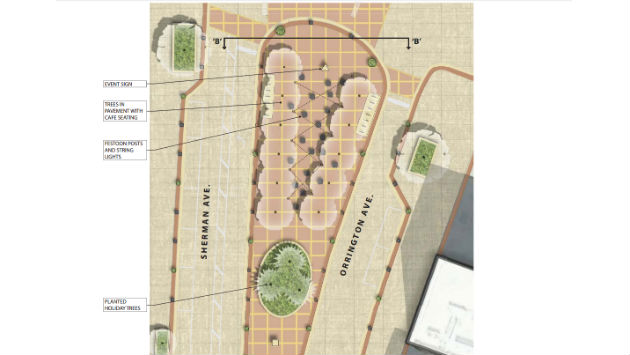 Plans for the block south of Davis Street.

The lane reductions on Sherman and Orrington would extend to the block to the south, between Davis and Grove streets.

That will permit greatly enlarging the traffic island that now separates the two streets — adding seating for dining — and a new location for a permanent cluster of living trees for holiday decoration — rather than the cut tree now propped up each year in one of the fountains in the square.

The estimated $5 million project is expected to be paid for by funds remaining in the Washington National tax increment financing district before it is closed out at the end of 2018.