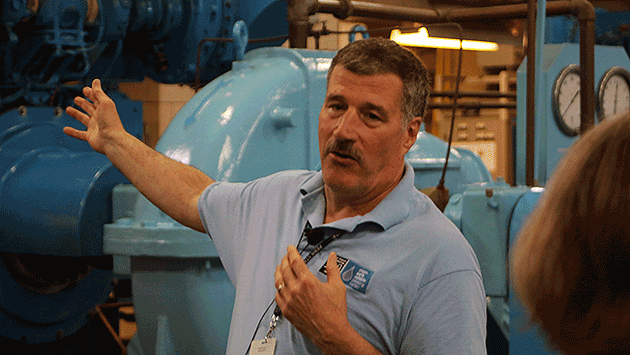 Public Works Director Dave Stoneback will ask Evanston aldermen Monday to consider a new water rate scheme for next year that would reduce costs to most households, but dramatically increase fees to the city’s largest water users.

The proposed rates would boost annual water charges to Northwestern University by more than $500,000. NorthShore University HealthSystem’s water bill would go up $145,000. Many of the city’s largest condo developments, apartment buildings, retirement communities and hotels would also see substantial increases.

Switching to a tiered rate scheme to make water service more affordable for lower-income residents was suggested by some aldermen during last year’s budget deliberations, but Stoneback said then that staff didn’t have enough information available to develop and adopt such a scheme in time for this year.

While the new staff memo doesn’t cite any sources for its assessment of how to determine what rates are affordable, its analysis appears to be based on an article by Manuel P. Teodoro, published last year in the Journal of the American Water Works Association.

Teodoro suggests setting rates such that:

Applying similar calculations to proposed 2020 rates for Evanston — but doubling the assumed amount of water used per person — Stoneback concludes that the target household in Evanston would have to spend 12 percent of its disposable income on water and sewer service and would need to work 7.6 hours at the 2020 minimum wage of $13 an hour to pay the bill.

To improve the affordability of water service for lower income residents, Stoneback proposes shifting to a tiered water rate structure — in which the cost of water would increase the more a customer uses.

A study by the Pacific Institute says that having escalating water rate tiers, referred to as increasing block rates — has grown in popularity in recent years while the use of uniform rates has declined.

Stoneback proposes applying those rates just to the water rate portion of the city’s utility bill, while sewer rates would continue to be charged on a flat rate basis at a proposed rate of $3.09 per 100 cubic feet in 2020.

He says the new rate scheme would mean the target Evanston household would spend 9.99 percent of its disposable income on water and sewer service and would need to work 6.3 hours at the new minimum wage to pay the bill.

About 85 percent of Evanston water customers would see all of their water billed at the affordable rate plus the minimum fee and thus would save money compared to the existing rate model.

Boosting rates for large customers may drive them to reduce water consumption, which would cut the utility’s revenue. But if consumption levels didn’t change, Stoneback estimates the city would see more than $900,000 in net extra water revenue in 2020 if it adopts the new rate model.