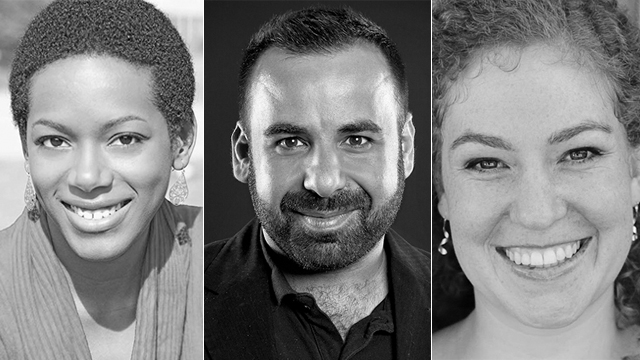 The next generation of American theater directors and designers team up for the 2018 MFA Lab series Feb. 9 through May 27 at Northwestern University’s Wirtz Center for the Performing Arts. The series includes a racially charged dark comedy, an award-winning play about an unlikely romance during the Iranian Revolution and a new adaptation of “Spring Awakening.”

All productions will take place in the Hal and Martha Hyer Wallis Theater located at 1949 Campus Drive on the Evanston campus.

The 2018 MFA Lab series schedule is as follows:

White
By James Ijames
Directed by Tasia A. Jones
Feb. 9 to 11

A young white artist expects to get his big break in a contemporary art museum as part of a major exhibition. When he’s told by the museum’s new curator that no “white dudes” will be considered, he hires a black actress to represent his work. It doesn’t take long for the situation to spin out of control as the scheme nosedives into deeper issues of race, gender, sexuality and art.

A young Peace Corps volunteer lands in Iran in 1972 and is quickly swept up into a dangerous romance and the growing fire of revolution. This remarkable new play won the 2016 Keene Prize for Literature and illuminates the complications of falling in love with people and places by weaving together Rumi’s poetry, 1960s rock music and the lyricism of the Persian language.

Betrayed by their well-intentioned parents, six teenagers struggle with sexual and moral awakening in a culture of ignorance and repression. Wedekind’s 1891 classic German tragedy addresses the plight of coming of age with acute directness, and this original adaptation by MFA director Alex Mallory highlights its urgent and revolutionary exploration of adolescence, education and generational conflict.

Performances for each production are Fridays at 8 p.m., Saturdays at 2 and 8 p.m. and Sundays at 2 p.m. Tickets are $10 general admission and $6 in advance or $10 at the door for Northwestern students.

Box office hours are Tuesdays through Fridays from 10 a.m. to 5 p.m. and Saturdays from noon to 4 p.m.  The box office is closed on Sundays and Mondays.