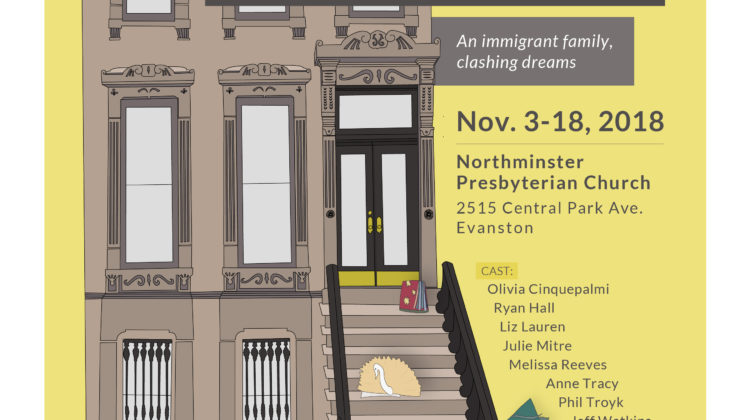 The 2nd Act Players this November will take a unique look at the American immigrant experience in a world premiere of the two-act drama “New Year’s Eve at Grandma’s House.”

An Italian-American family gathers to celebrate New Year’s Eve 1960, its first without the family patriarch. The country is changing with the election of a Catholic president and the family is changing as well, its younger members wondering what they must do to be accepted as being truly American.

Must they sacrifice their heritage? What does becoming ‘American’ mean? And can the family stay together as turbulent events swirl around them?

The 2nd Act Players, which is celebrating its fifth anniversary this year, staged a one-act version of this poignant drama in 2013, it’s first-ever production.

“Aayisha is amazingly creative, I am so thrilled to be working with her again,” says Frank.

“Julie, Ryan, Jeff and Gina have been in past shows we’ve done, so we’ve seen their talent on our stage before and are so happy to have them back with us for this new adventure in storytelling. Melissa, Phil, Anne and Olivia are new to the 2nd Act Players and each impressed us mightily in their auditions. I know audiences will enjoy the entire cast,” says Frank.