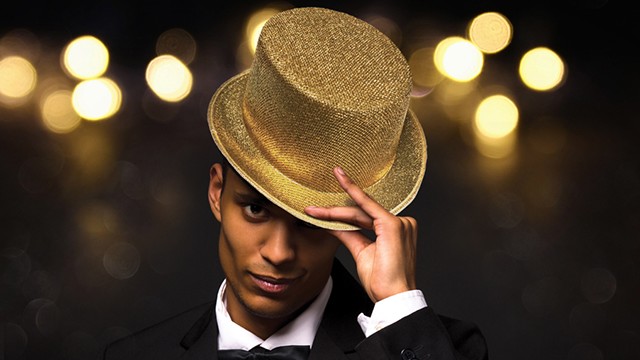 Musical theater fans, or anyone who has put themselves on the line for a passionate pursuit, can experience the triumphs and agonies of young performers vying for a coveted spot in a Broadway musical when the Wirtz Center for the Performing Arts at Northwestern University presents “A Chorus Line.”

Kurt Domoney, a New York-based director, choreographer and company member of the 2007 Broadway revival of “A Chorus Line,” helms the iconic musical, which runs Nov. 9 to Dec. 2 at the Ethel M. Barber Theater, at 30 Arts Circle Drive on the Evanston campus.

With music by Marvin Hamlisch, lyrics by Edward Kleban and book by James Kirkwood and Nicholas Dante, “A Chorus Line” was recognized instantly as a classic when it premiered on Broadway in 1975 under the direction of director and choreographer Michael Bennett. The production ran for a record-breaking 15 years, winning nine Tony Awards, seven Drama Desk Awards, a Pulitzer Prize for Drama and a special Tony Award in 1984 for longest-running Broadway musical.

A Broadway chorus audition comes to life with a brilliantly complex fusion of song, dance and drama. Exploring the inner lives and poignant ambitions of professional chorus dancers, “A Chorus Line” features one powerhouse number after another including “What I Did for Love,” “One,” “At the Ballet,” “The Music and the Mirror” and “I Hope I Get It.” Asked to tell their unique stories, the 17 audition finalists open their hearts for a shot at getting cast, taking audiences along on their breathless journey.

“‘A Chorus Line’ is about the blood, sweat and tears required to become a Broadway dancer and the universal theme of connecting to one’s passion, no matter the cost,” guest director Domoney said.

Performances of “A Chorus Line” are Thursdays, Fridays and Saturdays at 7:30 p.m. and Sundays at 2 p.m. There are no performances Nov. 22 to 25 during Thanksgiving week.

Tickets are available on the Wirtz Center website, by phone at 847-491-7282 or in-person at the box office, which is located in the lobby of the Ethel M. Barber Theater, 30 Arts Circle Drive on Northwestern’s Evanston campus.