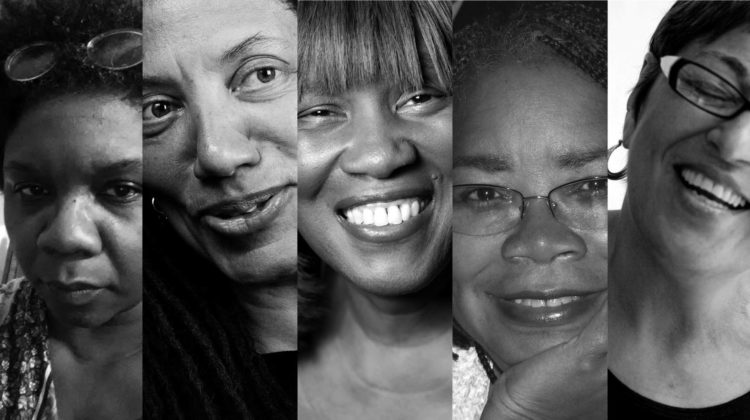 Gwendolyn Brooks, one of the most influential poets of the 20th century, will be recognized by contemporary poets with a day of literary events May 4 at Northwestern University. The events are free and open to the public.

At the roundtable, the poets will discuss the effects Brooks has had on their work as well as on contemporary poetry more broadly. And an evening of poetry reading will highlight original work by the poets.

The roundtable will take place at 10 a.m. at Northwestern’s Lutkin Memorial Hall, 700 University Place. The five guest poets will discuss the far-reaching effects of the career of Gwendolyn Brooks, the beloved poet whose book “Annie Allen” won the 1950 Pulitzer Prize for Poetry and who served as Illinois’ poet laureate from 1968 to her death in 2000. The roundtable will be moderated by Parneshia Jones of Northwestern University Press, an award-winning poet and short story writer.

The poetry reading will be at 6 p.m., also in Lutkin Hall. Poets will read from their deep and diverse bodies of work, followed by a book signing.

“We are honored to host these notable poets,” said Jane Bunker, director of Northwestern University Press. “Brooks’ work and legacy deserve continued attention, never more so than now. We are proud to serve as one channel keeping poetry vibrant.”

Toi Derricotte, winner of the 2012 PEN/Voelcker Award for Poetry, is the author of “The Undertaker’s Daughter” and “Tender,” winner of the 1998 Paterson Poetry Prize. Her literary memoir, “The Black Notebooks” (W.W. Norton, 1999), received the 1998 Anisfield-Wolf Book Award for Non-Fiction and was honored as a Notable Book of the Year by The New York Times. A co-founder of Cave Canem, Derricotte is professor emerita at the University of Pittsburgh and a chancellor of the Academy of American Poets.

Vievee Francis is the author of “Horse in the Dark” (TriQuarterly Books, 2012), which won the Cave Canem Northwestern University Press Poetry Prize, and “Blue-Tail Fly” (Wayne State University, 2006). Her third book, “Forest Primeval” (TriQuarterly Books, 2015), won the Kingsley Tufts Award for Poetry, the world’s largest monetary prize for a single collection of poetry, and the 2016 Hurston/Wright Legacy Award. It was short-listed for the Pen Open Book Award. Poetry magazine editor Don Share says Francis’ “Forest Primeval” is “an intense work, dark … Dantean … dreamlike in its visions… Francis is reclaiming modernist and feminist legacies of poetry, and it takes great courage to do that.”

Angela Jackson is the author of numerous publications, including many from Northwestern University Press: “Dark Legs and Silk Kisses: The Beatitudes of the Spinners” (1993), which won the Carl Sandburg Award, and National Book Award-nominated “And All These Roads Be Luminous: Poems Selected and New” (1998). Her recent collection of poetry, “It Seems Like a Mighty Long Time,” was a Hurston/Wright Legacy Finalist. Her biography of Gwendolyn Brooks, “A Surprised Queenhood in the New Black Sun: The Life and Legacy of Gwendolyn Books,” is forthcoming this spring.

Patricia Smith is the author of several volumes of poetry, including her recently released collection from Northwestern University Press, “Incendiary Art: Poems” (2017). Her previous collections “Shoulda Been Jimi Savannah” (2012), won the 2014 Rebekah Bobbitt Prize from the Library of Congress, the 2013 Lenore Marshall Poetry Prize from the Academy American Poets and the Phillis Wheatley Award in Poetry. Her collection “Blood Dazzler” was a National Book Award Finalist, and “Teahouse of the Almighty” (2006) won the National Poetry Series.

All are welcome to “Black Women as Giants.” This celebration is possible with generous support from the Poetry Foundation and additional support from Northwestern’s University Libraries, Center for Writing Arts, the department of African American Studies, the department of English, the Poetry and Poetics Colloquium, the Women’s Center and the Program in African Studies, in partnership with the Evanston Literary Festival.

Northwestern University Press is dedicated to publishing works of enduring scholarly and cultural value, extending the University’s mission to a community of readers throughout the world. The press’s award-winning imprint, TriQuarterly Books, is devoted primarily to contemporary American fiction and poetry.