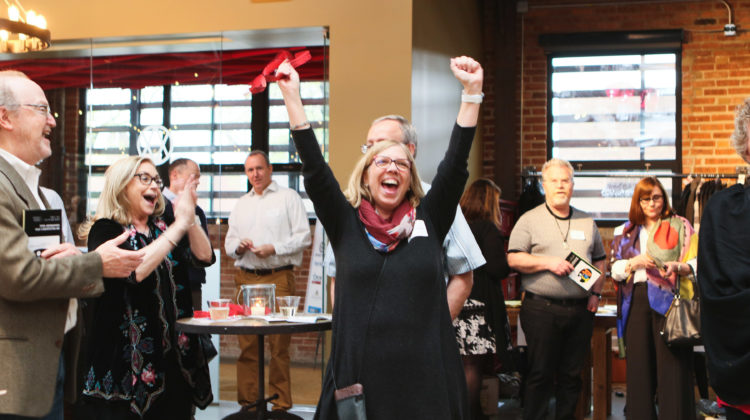 Art Encounter (AE) and Zolla/Liberman (ZL) Gallery will collaborate this spring on a world-class event to increase the depth and breadth of Art Encounter’s community outreach programming.

Art Encounter is a non-profit  art education organization that believes that art is a powerful bridge to bring greater understanding and connection to underserved youth and seniors at risk of social isolation.

Art Encounter connects people to the world of contemporary art and to each other.  The 40th anniversary gala “Art Impacts” will be held on May 6 and will honor pioneers in the art world – Art Encounter’s co-founder and Artistic Director Joanna Pinsky. for her 40 years of inspired leadership, and William Lieberman of Zolla/Lieberman Gallery for curating stimulating exhibitions at his premier gallery for the past 42 years.

The event will be held at the Woman’s Club of Evanston as the annual fundraiser for Art Encounter community outreach programming.

Art Encounter was founded by three artists who believed that “there are many ways to see”, and that meaningful and collaborative encounters with art can lead to a greater understanding of the creative process, heightened self-knowledge, and improved social and cultural sensitivity.

Their broad menu of interpretive and hands-on programs proudly serves people of all ages and backgrounds– from public school children to nursing home residents, from Englewood to Evanston, from young parents to active retirees. Annually, the organization serves over 3500 people.

William Lieberman continues the Zolla/Lieberman tradition that began in 1976 when his mother Roberta Lieberman and her partner Bob Zolla opened their gallery in a desolate industrial area.

Transforming a loft into a viable space for contemporary art, Roberta  and Bob pioneered what eventually became the River North Gallery District. In Zolla/Lieberman Gallery’s inaugural year, they gave Deborah Butterfield a solo show, the first of fifteen in the years that followed.

Butterfield is one of many women artists who got their early foothold at Zolla/Lieberman Gallery. But its roster of artists has always included both men and women at all stages of their careers. Today, William is as excited about showing compelling artists as Roberta and Bob were four decades ago.

Many of the Art Encounter artists, including Joanna Pinsky, Jill King and James Mesple, have also agreed to donate.

Tickets are available at artencounter.org.