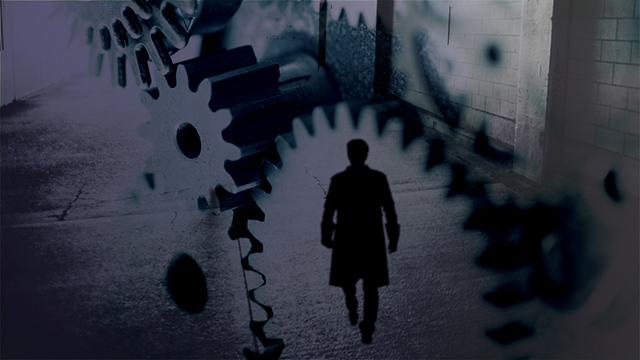 Equal parts tragedy and farce, Igor Stravinsky’s opera “The Rake’s Progress” follows the moral decline and fall of Tom Rakewell, who exchanges a simple life with sweetheart Anne Truelove for the worldly pleasures of London in the company of the devious Nick Shadow.

Northwestern University’s Henry and Leigh Bienen School of Music presents “The Rake’s Progress” from Feb. 28 to March 3 in Cahn Auditorium, 600 Emerson Street on the Evanston campus.

“The Rake’s Progress” is loosely based on the eight William Hogarth paintings and engravings titled “A Rake’s Progress,” which the composer saw in a Chicago exhibition in 1947. With a libretto by W. H. Auden and Chester Kallman, the work premiered at Venice’s Teatro La Fenice in 1951. It later premiered in Paris at the Opéra-Comique in 1952 and in New York at the Metropolitan Opera in 1953.

In this story of love, madness and bargains with the devil, marking the final work of Stravinsky’s neoclassical period, the composer deftly blends elements of 18th- and 20th-century music. Mozart, Rossini and Donizetti all have been noted as influences, but Stravinsky’s own tonal and harmonic ambiguities persist, maintaining a balance between past and present musical languages.

Director Schamberger pays tribute to the opera’s original baroque time setting by placing the story in a “Rococco-Punk” universe of great machines with giant gears propelled by the mysterious Nick Shadow.

The production features the Bienen Contemporary/Early Vocal Ensemble performing onstage for the majority of the opera, representing humankind and Rakewell’s decline.

As the audience and chorus watch Rakewell’s nightmarish descent, Schamberger hopes viewers will ask themselves, “Can we wake up from this dream? Can we become conscious? And can we stop our unconscious ‘progress’?”

“I am very excited that we were able to engage Dean Williamson to lead our production,” Schamberger said. “He has worked with many opera companies and has conducted ‘The Rake’s Progress’ before with Wolf Trap Opera. It will be a great experience to work with such an experienced opera conductor.”

“The Rake’s Progress” will be performed in English.

Performance times are 7:30 p.m. Thursday to Saturday and 3 p.m. Sunday.

Tickets are $18 for the general public and $8 for full-time students with valid ID. Tickets are available online at concertsatbienen.org, by phone at 847-467-4000 or in person at the Bienen School ticket office located at the southeast entrance of Pick-Staiger Concert Hall, 50 Arts Circle Drive. Ticket office hours are Mondays through Fridays 10 a.m. to 6 p.m. and Saturdays noon to 3 p.m while classes are in session.

The Bienen School of Music’s Director of Opera Joachim Schamberger has gained international recognition as a stage director and video designer. His productions have been staged in the United States, Germany, Italy, France, the Czech Republic, Brazil, Norway, Israel, Japan and China. He is on the faculty at numerous young artist festivals and guest lectures at conservatories around the world. Prior to his arrival at the Bienen School, he served as visiting professor of opera at DePauw University. A native of Germany, Schamberger is a graduate of the Musikhochschule in Würzburg, the Hochschule für Musik und Darstellende Kunst Mannheim and the Merola Opera Program of the San Francisco Opera. He also studied digital film production and 3-D animation at the New York Film Academy. Schamberger’s expertise includes vocal and dramatic interpretation as well as style and language coaching.

Conductor Dean Williamson has earned international acclaim for his versatile career in standard and contemporary repertoire. He currently is in his fourth season as music director for Nashville Opera, where he is conducting Giuseppe Verdi’s “La Traviata” and Jake Heggie’s “Three Decembers.” This season, he also conducts W. A. Mozart’s “Le nozze di Figaro” with Arizona Opera and Philip Glass’s “Hydrogen Jukebox” at Washington University. Williamson served as artistic director at Opera Cleveland from 2008 to 2010 and also has held positions as music director and conductor of the Seattle Opera Young Artists Program, music director of Washington East Opera and artistic director of the Viva Voce Song Recital Series with the Northwest Chamber Orchestra.

Chorus master Donald Nally is the Bienen School’s John W. Beattie Chair of Music and director of choral organizations. He also is conductor of Grammy Award-winning professional chamber choir The Crossing. Nally has previously served as chorus master for the Lyric Opera of Chicago, Welsh National Opera, Opera Philadelphia, Italy’s Spoleto Festival and the Chicago Bach Project, as well as music director of Cincinnati’s Vocal Arts Ensemble. He was named the 2017 American Composers Forum Champion of New Music, and his ensembles have twice received the Margaret Hillis Award for Excellence in Choral Music — in 2002 for the Choral Arts Society of Philadelphia and in 2015 for The Crossing. In October 2018, Nally served as music director for “The Mile-Long Opera,” a new David Lang work for one thousand voices on the High Line in New York, and in June of 2019, he will serve as chorus master for the world premiere of Lang’s “prisoner of the state” with the New York Philharmonic.