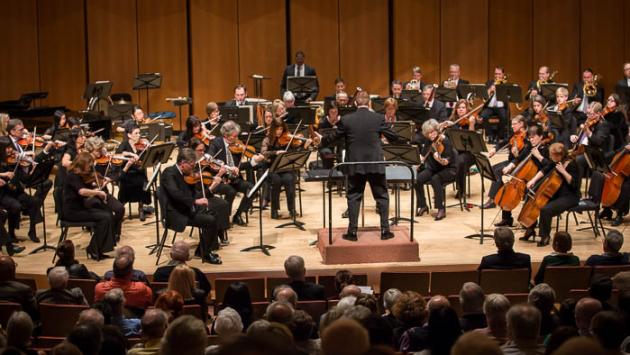 The Chicago Philharmonic presents string music in Eight Seasons at 2 p.m. on Sunday, Feb. 7, at Pick-Staiger Concert Hall in Evanston.

Antonio Vivaldi’s four short violin concertos known as The Four Seasons form the centerpiece of this concert. Argentina’s greatest tango composer and master of the bandoneon, Astor Piazzolla, pays tribute to Vivaldi with a tango masterpiece,

The Four Seasons of Buenos Aires. David Perry lends his inestimable artistry to the solo violin part in both works. And in turn, the living Argentinian composer Osvaldo Golijov honors the tangos of Piazzolla with Last Round.

Visceral Dance Chicago, whose collaboration on Martinu’s La revue de cuisine was one of the highlights of the Chicago Philharmonic’s 2014-15 season, returns to join the orchestra for Last Round, with the world premiere of choreography by Nick Pupillo. To enhance the evening’s orchestral music by Argentinian composers, the Chicago Philharmonic welcomes bandoneonist Richard Scofano to perform in the foyer.

The afternoon’s concertmaster and soloist, David Perry, is first violin of the famed Pro Arte Quartet, the nation’s longest-running string quartet at 104 years old. He has performed in Carnegie Hall and many other major cultural centers of North and South America, Europe, and the Far East. He can be heard on the Deutsche Grammophon record label.