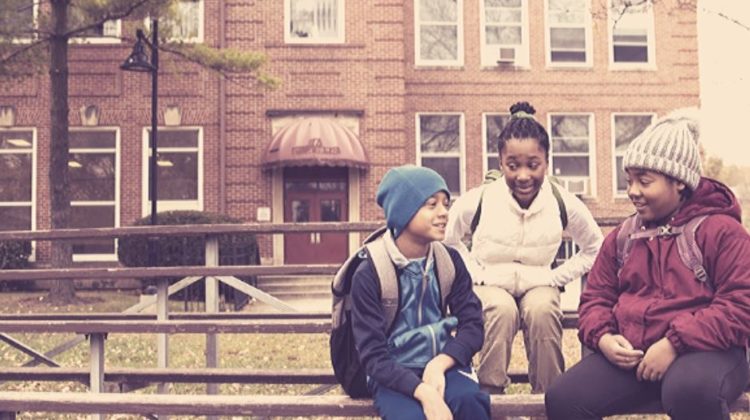 Mudlark Theater will present the world premiere of “Concerning Foster,” written by Kenya Ann Hall and Dru Smith and directed by Sonita L. Surratt and Dru Smith, created in collaboration with Shorefront Legacy Center and Art of Evolution Theatre.

The show runs Jan. 24 – Feb. 9 at the Noyes Street Theater in the Noyes Cultural Arts Center in Evanston. Performances are at 7 p.m. on Fridays and Saturdays, and 3 p.m. on Sundays.

Tickets are $15 General Admission with $5 Access Tickets available at every performance. Tickets can be purchased at www.mudlarktheater.org/tickets.

The year is 1958 and the schools are still segregated in Evanston.
The year is 1975 and a progressive laboratory school is about to leave the historically black neighborhood where it was a point of pride.
The year is 2020 and diversity is the word in everyone’s mouth.

Spanning over 60 years, Concerning Foster explores the lives of Evanston students during the desegregation of Evanston public schools. Created through historical research with Shorefront Legacy Center and interviews with former students at Foster School and King Lab, Concerning Foster is a moving meditation on the history, and future, of racial equity in our schools.

For the past year, Mudlark Theater and its community partners have been collaborating on Concerning Foster, which chronicles the closing of Foster School, the district’s only all-black school. To conduct research for the show, Mudlark worked with Shorefront Legacy Center—a historical center that chronicles the black experience on Chicago’s North Shore—and conducted interviews with former Foster School and King Lab students, parents, and teachers, as well as current District 65 students.

In addition to guiding the research, Shorefront founder Dino Robinson was dramaturg on the project, consulting with the playwrights to ensure historical accuracy. Mr. Robinson will also lead talkbacks with audiences about the play and its subject matter after the performances on January 26th, February 1st, and February 9th. The majority-black youth actors were cast from Mudlark’s community with the help of Art of Evolution Theatre, a local theater company and enrichment program for children of color. Art of Evolution was also involved in community outreach about the project. In addition to the 17 youth actors, the cast includes four professional adult actors to play teachers and parents.

The loss of Foster School as a community cornerstone impacted the life of Evanston’s 5th Ward in ways that residents are still grappling with today. In bringing history to life, the play asks difficult questions about our society today—and whether our nation’s public schools are any closer to racial equity now than they were then.

About the Artistic Team

Dru Smith (Co-Director & Playwright) is a teaching artist, actor, writer and director who lives in Chicago. He has been working in various capacities for Mudlark Theater for the past five years where he has directed ARC Trials, Imogen, The Boy Who Fell, and The Ratcatcher. He served as the fight choreographer for the Mudlark Productions of The Odyssey, Treasure Island, Pinocchio, The Nutcracker and The Wonderful Wizard of Oz. In Chicago, Dru directed a show for Chicago Slam Works called Carrier. As an actor, Dru has appeared on stage at Chicago Shakespeare Theater, The Gift Theater & numerous others. In 2010, he completed The School at Steppenwolf and is also a proud graduate of SUNY Purchase, where he received his B.F.A. in Acting.

Kenya Ann Hall (Co-Playwright) is a Chicago-based playwright, actress, and dramaturg. Her writing has been featured at Victory Gardens as part of the Each & Her Performance showcase, the inaugural Ain’t I a Woman Festival, Mudlark Theater’s short play festival Playground, the 2015 Northwestern Senior Writing Showcase, and received honorable mention for the Dr. Floyd Gaffney Playwriting Award. Her dramaturgy credits include Saint Joan (Poetic Forum Collective), The Good Fight and The Lady Demands Satisfaction (Babes with Blades). She is a graduate of Northwestern University where she completed the Playwriting Module and the Advanced Playwriting Sequence.

Sonita L. Surratt (Co-Director) is an award winning classically trained vocalist, playwright, actor, director, sound designer, an Artist in Residence at Purdue University’s Black Cultural Center, and a member of the Stage Directors’ and Choreographers’ Society. Her prior company credits include, The Goodman Theatre Company, eta Creative Arts Foundation, Kent State University, the Paul Robeson Theatre Company, and Glimmerglass Opera Company. She is particularly excited about this season of retrospective works seen in Best of Enemies (Open Door Repertory Company), Concerning Foster (Mudlark Theater) and This is Ruth: Boilermaker (Redd Opera Company). Already her directorial debut with Mudlark has been wonderfully exciting. I can’t wait to begin, looking forward to it. https://sonitalillian.squarespace.com/

About the collaborators and community partners:

Mudlark Theater is a not-for-profit organization where children are taken seriously as artists, and learn theater by making it. By holding children to a higher standard and empowering them to make strong artistic choices, we create the possibility for great theater—vibrant, funny, compelling shows that erase the boundary between youth and professional theater.  For more information about Mudlark Theater, visit www.mudlarktheater.org.

The Shorefront Legacy Center collects, preserves, and educates people about Black History on Chicago’s suburban North Shore. Shorefront is a nonprofit historical repository containing artifacts representing the historic Black communities within the northern suburbs of Chicago. The archives contained within Shorefront are made available  to the greater general public for various projects, publications, exhibits and educational endeavors. http://www.shorefrontcenter.org/

The Art of Evolution Theatre Company (AETC) is a not-for-profit organization that was created to provide a quality theater experience producing works that deal with the issues of religion/spirituality, sexual orientation, gender, race, and age in a way that encompasses how we as a society have evolved on said topics. http://www.artofevolutiontheatre.org/

Concerning Foster could not be possible without the generous contributions of our community partners including the Evanston Community Foundation, Foundation 65, Northwestern University, Fleetwood Jourdain Theatre, the Illinois Arts Council and the Evanston Arts Council.