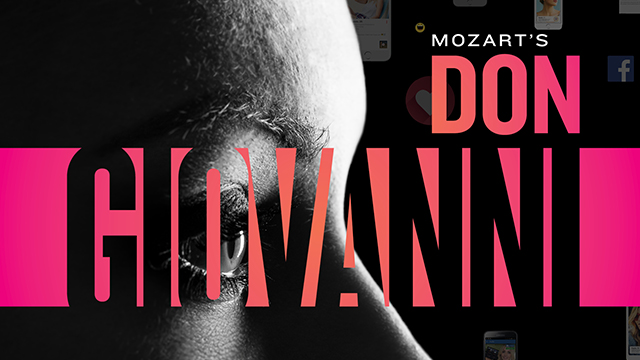 As the list of Don Giovanni’s romantic conquests – and revenge-seeking enemies – continues to grow, the rogue laughs off every accusation hurled his way. But will he be able to outrun his fate? Bienen Artist-in-Residence and Director of Opera Joachim Schamberger is renowned for his expertise in vocal and dramatic interpretation and has staged productions around the globe. Schamberger’s modern take on Mozart’s classic sets the tale in present-day New York and uses modern conventions such as social media as vehicles for the notorious libertine’s escapades. The production emphasizes Mozart’s themes of power, abuse and consent in this ever-relevant story by presenting it in the context of the #metoo movement.

“We are incredibly excited to present the very first full production of Mozart’s masterpiece at Northwestern,” Schamberger said.

“It’s a wonderful opportunity for our students to work on one of the best operas ever written, during a time when its subject matter is so relevant to current events. Being able to combine entertainment with commentary on social issues through art and music is an invaluable experience for any aspiring young artist.”

Andrew Bisantz conducts the Northwestern University Symphony Orchestra in this production. As artistic director and conductor at Oregon’s Eugene Opera, he has conducted productions of “Don Giovanni,” “Le nozze di Figaro,” “Carmen,” “La bohème,” “The Pirates of Penzance,” “Nixon in China” and “Dead Man Walking.” He also has conducted for Glimmerglass Opera, Florida Grand Opera, the Rochester Philharmonic and the Buffalo Philharmonic.

Performance times are Thursday through Saturday, March 1 to 3, at 7:30 p.m. and Sunday, March 4, at 3 p.m. at Cahn Auditorium, 600 Emerson Street on the Evanston campus.

“Don Giovanni” will be performed in Italian with English supertitles. Tickets are $18 for the general public and $8 for students with a valid ID.