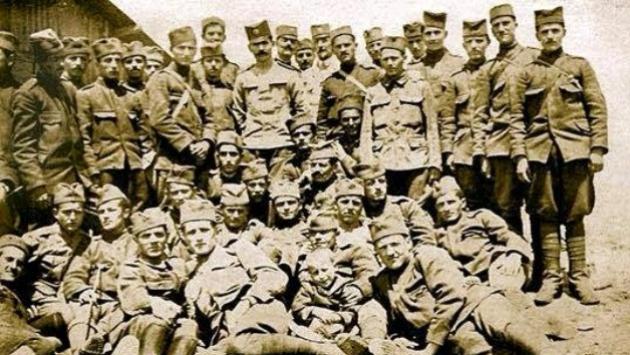 Native Chicagoan Aleksandra Rebic presents a lecture on the important role Serbians played in WWI. The Serbians helped end World War One earlier than was being projected by the wartime commanders, thereby saving potentially millions of lives, including those of future generations.

Aleksandra Rebic is an American of Serbian heritage born and raised in the Chicago area, the daughter of Serbian parents who emigrated to the United States from the former Yugoslavia and made America their home. She is a graduate of Northwestern University in Evanston, IL with a Bachelor of Science Degree in Communication Studies from the School of Speech.

Aleksandra has been an aspiring writer and student of history all of her life. While employed at a successful data processing company with both national and international clientele, she dedicates much of her free time to the freelance writing that she hopes will make a difference. Her focus and interests cover a wide range of topics, and her goal is to move and inspire people to see things from a different perspective. Aleksandra has been published in both Serbian and American newspapers and extensively online. She is co-author, with her father Rade Rebic, of the book “Dragoljub-Draza Mihailovich i Drugi Svetski Rat: Istorija Jedne Velike Izdaje” (“Dragoljub-Draza Mihailovich and the Second World War: History of a Great Betrayal”) in the Serbian language, and of a number of reports that she has issued through the years.

Aleksandra has also established two websites dedicated to educating both Serbs and non-Serbs about the true role that the Serbian people have played in world events throughout history.

With her father, she has organized and hosted several successful events including the 1993 "Mihailovich 100th Birthday Celebration" and the 1994 "Halyard Mission 50th Anniversary Commemoration," both held in Chicago.

Her current project in progress, together with her father, is "Heroes of Serbia," a special tribute book honoring the pivotal role the Serbs played in the Allied victory in World War One. “Heroes of Serbia” will be published in both the English and Serbian language in 2015, with the ultimate goal of having the tribute published in multiple languages.