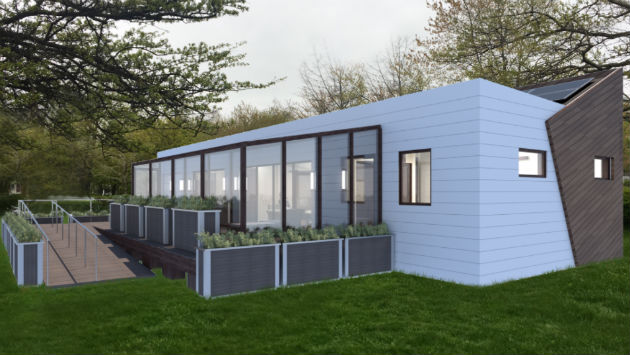 Long time resident Jerry Brennan is hoping his housing luck is about to change.  Eleven years ago he purchased a small cottage in North Evanston he intended to tear down.

Then came the recession.  The plan to rebuild turned into a fixer upper.  But thanks to some quick thinking he may soon be living in Evanston’s most efficient solar powered house.

“ I read an article about the solar powered house Northwestern students were building, and I emailed Northwestern and asked them, what were they doing with it?”

Brennan learned the University was looking for a lot in Evanston that has southern exposure and is horizontal in shape. Brennan’s home on the edge of Canal Shores Golf Course fit that criteria. From there the talks began and now Brennan is close to closing a deal with Northwestern for the house to be moved onto his lot at 1402 Lincoln Street. Brennan says the price is still being negotiated but will be about market value. 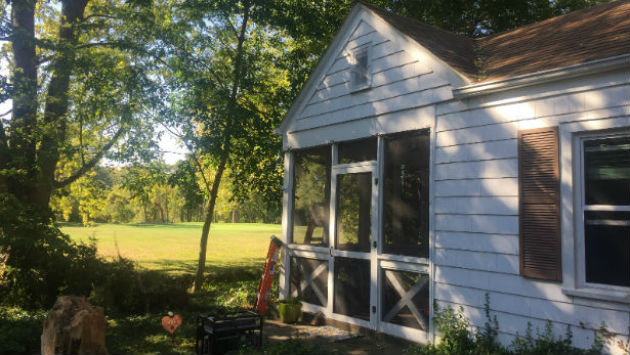 As part of the agreement being worked out, the solar house will be toured periodically by Northwestern students and other groups.

As for the Solar house named Enable by its Northwestern student designers, it’s currently in fourth place at the U.S. Department of Energy Solar Decathlon being held in Denver, Colorado. 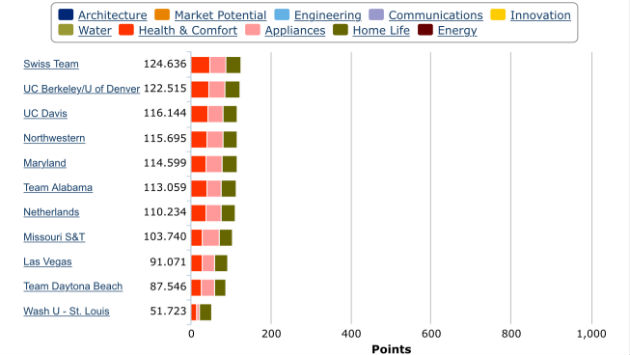 The Solar Decathlon scoring so far.

Eleven university teams are competing. The winner will be announced Friday.

Brennan is hoping to be living in his new solar powered home within six months.