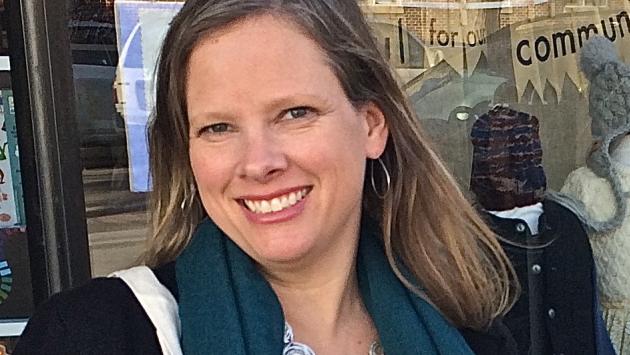 On Your Feet Foundation, an Evanston-based nonprofit that provides support to birth parents who have placed their child for adoption, has a new executive director.

Alexis Eyler, an Evanston resident and North Shore native, has joined the group after many years of helping develop organizations in New York and Chicago. The appointment was announced by Pat Trudeau, president of the group's board.

Founded in 2001 by adoption professionals, adoptive parents, and a birthparent who recognized the need to provide support to birthparents who have chosen adoption for their child, the organization provides the tools necessary for birthparents to get “back on their feet.” Programs include a nationwide community of parents going through similar situations, birthmother retreats, adoption-related educational courses and panels, and case management services and monetary grants for clients residing in Illinois and Indiana.

A New Trier graduate, Eyler’s passion for working with nonprofit organizations began with the Evanston-based adoption agency, The Cradle, where she spent college breaks caring for infants awaiting adoption. After obtaining her bachelor's degree in French and psychology from Barnard College at Columbia University in New York, she worked as an assistant buyer at Macy’s, and later an analyst at Citigroup, during which time she also pursued her master’s degree in Organizational Psychology at Teachers College, Columbia University.

Moving back to the Chicago area in 2003, the mother of three served on the board of directors at Park Ridge-based The Harbour, where she chaired the development committee. She also served as PTA president of her children’s elementary school in Evanston. A classically trained violinist, Eyler has been a member of the Evanston Symphony Orchestra since 2008.

In 2010, Eyler took over lollie, a children’s boutique in Evanston. The shop, which she closed in July to focus on her nonprofit work, regularly gave back to local schools and other organizations through donations, shopping days and events.

OYFF is hosting two events in the month of October, including a “Birth Mother Retreat” during the weekend of Oct. 9, and a “Pinot + Prosciutto” fundraiser on Sunday, Oct. 18. More information is available online.